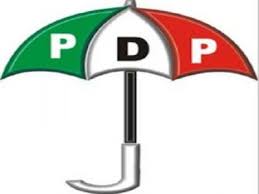 The Peoples Democratic Party in Ekiti State has criticised the Nobel Laureate, Prof. Wole Soyinka, for saying that the defeat of the outgoing Governor, Dr. Kayode Fayemi, was a mystery.

In a report made available in The Punch Newspaper, State Publicity Secretary of PDP in Ekiti State, Kola Oluwawole, said the statement was “a product of stomach honorarium.”

The PDP alleged that Soyinka was brought to Ekiti for the inauguration of the new Government House in a chartered helicopter paid from the coffers of the state.

It wondered why Soyinka suddenly turned himself to an image maker of an incumbent governor, who lost an election in all the 16 local government areas in the state and won in less than 20 wards out of 177 wards in the state.