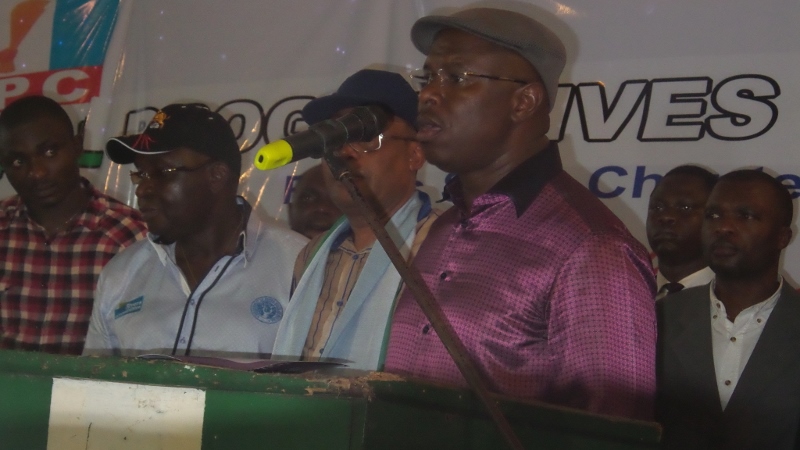 Speech By Governor Of Rivers State Rt Honourable Chibuike Rotimi Amaechi At The APC State Delegates Conference On December 4, 2014 At The Civic Centre

Your Excellencies, Distinguished Ladies and gentlemen, the only constant thing in life is change and life’s greatest gifts is the gift of reproduction. Today, we begin the process of electing the next governor and national assembly of our dear state. This is by no means a casual affair or one to be treated with levity. Our party, the All Progressive Congress has a plethora of qualified men and women who can take our state to enviable heights. I am particularly pleased that we can select from this pool of men and women of passion and integrity and present them to Rivers people to consolidate on our gains and indeed improve on our records.

Let me thank our party chieftains, elders and loyal members for how peacefully they conducted the House of Assembly Primaries. Your conduct, which was exemplary, continues to set the tone for democracy, which guarantees the rights of all the people and their participation in their own governance.

As Rivers State people, we are witness to the state of affairs before we took over office in October 2007. Today is not the day for us to present our scorecard of our activities in the last seven years, but suffice it to say that we have moved thousand of kilometers from where we met our state. Our doggedness in the face of discouraging dwindling revenues and unwarranted attacks on our psyche as Rivers people has been only by the grace of God and the strength of our collective unity.

Let me remind us however that the days ahead will be even more demanding and disturbing. The signs of what we should expect are already here, the police harassments, attacks and economic strangulation are some of the weapons that the opposition have wielded in their attempt to prevent the people’s will. But we cannot give up. We must resolve to snatch our state from the jaws of death and the predators whose only desire is to sink the ship of state. We must remain the voices of our people and work for their betterment.

As we choose our representatives today let us bear this in mind. While they will be our torchbearers, they cannot achieve anything by themselves. They will need us. So we must all roll up our sleeves. The journey has begun and the work has started. No one can be a bystander and indeed no one should be a bystander. We must have all hands on deck. That is the only way can achieve our desired results.

Finally let me congratulate all those who have emerged from this process. Remember you are not gods but the people’s representatives. You must remember that what you carry is the people’s mandate and you must carry it with awe and great care. You must see yourselves as mere custodians and not as feudal lords and therefore must engage the people at all times. All of us together are greater than any one person and therefore our collective destiny should guard and guide all that you do.

While I congratulate you for your emergence, let me especially thank our party men and women for being committed to the greater course and their sacrifices and patriotism.

I thank you for listening

“By the grace of God our flagbearer is Dakuku Adolphus Peterside because we sat and agreed on that. The choice of Peterside, who represents Andoni/Opobo/Nkoro federal constituency in the National Assembly, was not mine, but that of the APC caucus in the Rivers South-East senatorial district of the state. That does not mean that my bosom friend, Senator Magnus Ngei Abe, was not qualified. I respect his intellect. In short there are two Nigerians I respect their intellect. They are Senator Magnus Abe and Odein Ajumogobia.

For the sake of equity the party decided that its governorship ticket should go to Rivers South east senatorial district after that the West and East Senatorial zones have produced Dr Odili and me as Governors for the past sixteen years by 2015 respectively. The caucus decided we should present Hon Dakuku Peterside. It does not mean that he is more qualified than others. But somebody has to carry our flag.

I am very hopeful that Dakuku would sustain the legacies of this administration if elected governor. By the grace of God, very soon I will be walking behind him as he becomes the governor of the state.

This is the time for that change. We will fight with everything we have to deliver the state to APC. This is our opportunity to ensure we will not suffer any more. This is the time to vote for our party.

In view of the remarkable steadfastness and unalloyed commitment to defend our common vision and democracy in Rivers State we have resolved to grant automatic ticket to the incumbent lawmakers in the State House of Assembly that are on the side of APC. We are rewarding those who stood by us in the House of Assembly. This is a way to pay them back. I urge other aspirants who were not given the opportunity to contest to remain calm till 2019 as the chance will be created for them to contest as it was modest to give return tickets to those who stood by us during our trial times.

OTHER FACTS FOR YOUR CONSIDERATION AND ACTION

Full report of what happened during this historical and epochal event will be sent to you later. Attached are the relevant pictures and Governor Amaechi’s speech for your study, consideration and action.