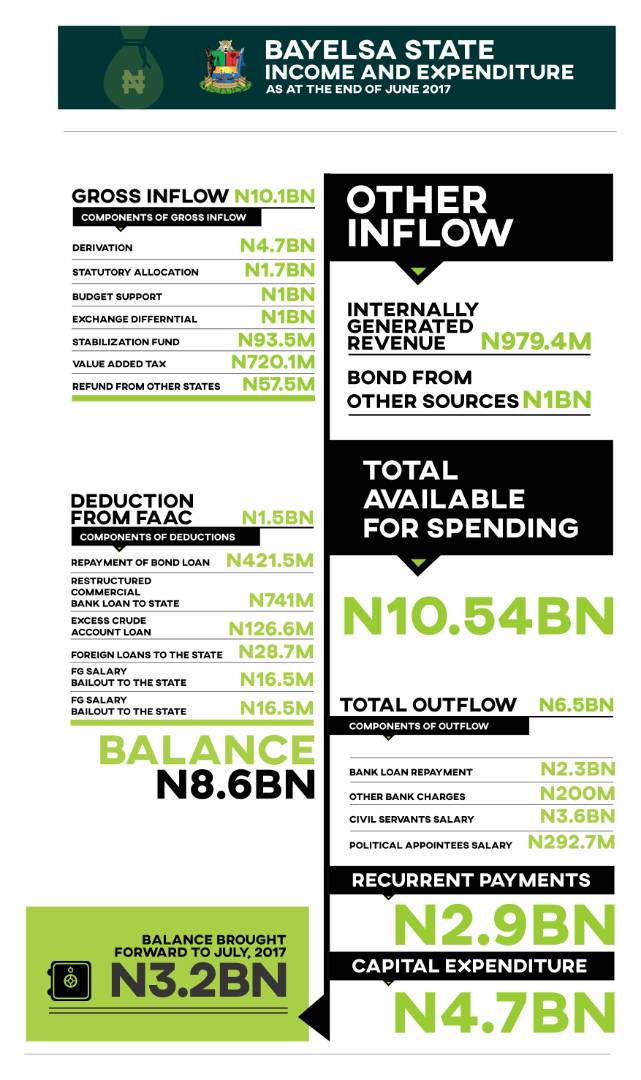 The Deputy Governor of Bayelsa State, Retired Rear Admiral Gboribiogha John Jonah has declared a total of N3.2 billion as money available to the state as at the end of the month of June 2017.

Presenting the income and expenditure profile of the state for the months of May and June, 2017 at a transparency media briefing in Government House, Yenagoa, Rear Admiral John Jonah explained that, the gross inflow from the federation account for June stood at 10.1 billion.

According to Rear Admiral John Jonah, internally generated revenue for the month of May, came up to N979.4 million, while bond from other sources amounted to N1 billion, totalling N10.54 billion as funds available for spending.

The Deputy Governor equally announced N6.5 billion as total outflow, out of which, N2.3 billion was spent for bank loan repayment, other bank charges N200 million, civil servants salary gulped N3.6 billion, while that of political appointees stood at N292.7 million, among other items.

He said recurrent payments stood at N2.9 billion, while capital expenditure was N4.7 billion, and the balance brought forward to July, 2017 came up to 3.2 billion.