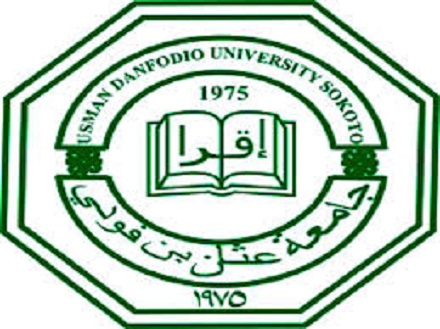 Graduating from Usmanu Danfodiyo University, Sokoto (UDUS) may not be difficult, but collecting one’s statement of result after graduation is not easy. For a 40 years old higher institution, and in this era of technological advancement  processing of result should not be a difficult task to accomplish within the shortest time possible.

But in UDUS, processing of result is still centralized in management information system (MIS) unit. The various departments don’t process results; they go to the MIS, where it is done on the basis of first come, first serve. So it is common to spend months after graduation without collect your result due to one problem or another.

For us we graduated since September 2014 (2012/2013) but still most of our results were not at hand why? For the students from the faculty of education, their case is worse because someone can spend up to two years without collecting his/her result why? In general, one out of every three students in UDUS is likely to have problem with his/her result slip.

There is a popular slogan for the students from the faculty of education known as “Shekarar Shehu” meaning a year for Shehu Usmanu Danfodiyo because students spend months before they can be able to collect their result. And because things are being done manually, one can almost finish a new pen filling forms. Many universities that were established after UDUS are not having this problem.

This is the reason why graduates from UDUS are missing the service year unlike their counterparts in other schools. Currently, More than 80% of UDUS graduates who graduated since September 2014 (6 months ago) are yet to see their records on Nysc database due to one problem or the other. while in other schools graduate that graduated in 2013/2014 (a year after) were busy registering for Nysc mobilization but not Udus graduate that graduated since 6 months ago why?

Now, many students are still stranded because they were not able to collect their statement of result due to one problem or another, but busy making corrections. There are many students who graduated long ago but have not yet collect their statement of result. In fact, There are many cases in UDUS where students are having problem with their parents because they cannot present their results to them long after graduation. Most parents think their children are only deceiving them and they did not graduate while in fact they have graduated.

The university management should show some concern or sympathy on how students are suffering about the issue of results and processing of Nysc Mobilization. They should ease students’ difficulty. Though the management often cites the need to minimize corruption by sticking to the old rigorous system, it should not be at the expense of students, who are suffering unnecessarily.

Could this be the reason why the university alumni forget the school immediately they set their foot outside the gate because of the way they were treated as students?  We hope the university will rise up and face the task ahead of becoming modern in this age of science and technology. Let them all stop foot-dragging while their students continue to suffer in the name of minimizing corruption.