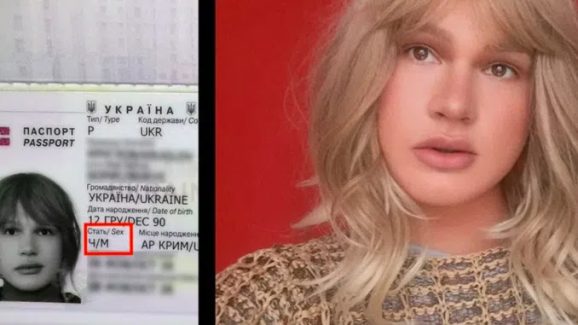 Ukraine is refusing to let men aged 18-59 flee the country, demanding that they stay and fight the invading Russian forces.

Transgender in Ukraine are now reporting they are being banned from leaving the country, with officials demanding they stay and fight like the men their documents and chromosomes say they are.

Of course, far-left Vice has taken up their cause, declaring it outrageous that transgender women, who are male on their birth certificates and passports, cannot flee the country like mothers and children and instead must stay and fight like men.

One trans woman said she is “terrified” of being stopped trying to leave Ukraine, and being forced to join the Ukrainian army “as a man” – especially because authorities are stopping men aged 18 to 60 from leaving. Another Ukrainian trans woman is too scared to leave her accommodation in fear of transphobic attacks. She’s the only person left in her neighbourhood.

Meanwhile a trans man, who was born female and transitioned six years ago, told Vice he was trying to use his birth sex to leave the country.

One trans man, who transitioned over six years ago and has lived as a man in Ukraine since, only has an ID showing “female”. He told VICE World News about his fears of leaving his house and trying to make it across Ukraine. During a phone call, screaming and explosions were heard coming from outside his accommodation, but he still refused to leave because of his ID issue.

A non-binary Ukrainian person explained their fears of leaving Ukraine and heading to “places like Poland or Hungary” where their identity is “ridiculed” and not recognised. “I need to choose between my own country – that I have learned how to navigate –or a totally foreign place where I could feel even more excluded and in danger,” they added.

While members of the transgender lobby continue to moan and feel sorry for themselves, the rest of the country is getting on with fighting a war. Ukraine has emptied its prisons in order to swell its ranks on the front lines against invading Russian forces. Even Miss Ukraine has taken up arms to protect her homeland.