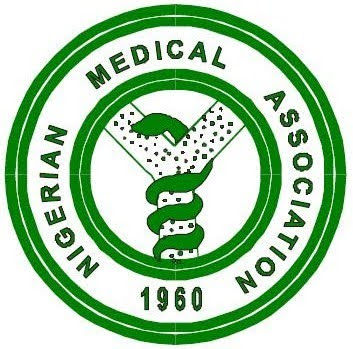 The health sector in Nigeria has been plagued by strikes over the last two decades, indeed the incessant nature of strikes in the sector has made it worrisome and gives cause to wonder if this option is being employed by Unions and professional bodies within the sector in a judicious manner. With the benefit of insight I can boldly say that the scenario rather reveals the despicable character of government in the country. No reasonable government would allow the wanton loss of lives and degradation of an important sector with a reckless abandon.

Unmitigated level of corruption is a general perception and also we are all witnesses to the way government deal with strikes in other sectors. These and many more only contribute to further anxiety within the health sector and further underscores the irresponsive and irresponsible attitude of the government to the sector.

That been said, it is however instructive that a critical review of strikes within the health sector need to be undertaken with a golden view of achieving a near zero strikes while still forcing the hands of government in doing the needful.

Strike is globally acceptable civil disobedience which the workers have as a tool of last resort to press for legitimate entitlements. While it would be unrealistic to deny the health workforce the right to strikes, it is has however become expedient that we strongly consider the harrowing effects the Unmitigated loss of lives that usually occasion strikes have on those who become caught in the hole so created.

Over the years we had thought that it was better to proceed on total withdrawal of services including emergency care with the hope that it tackles the non serious response of government to partial strikes. However haven witnessed total strikes with complete paralysis of the public health sector lasting over four months it  has become unavoidable to conclude that government in this part of the world live in a different world from the common man, far from the agony we all pass through.

Experience has also shown that government would not yield to logical yearnings until strikes are used as a tool. This scenario presents a catch 22 situation.

My candid opinion is that it would be unfair to expect the health workforce to acquiesce in the face of oppression while other sectors continue to use this same method to pursue there demands. The option of eradication of strikes in the health sector is however one that involves the collective participation and commitment of all and sundry.

Since the government cannot bear a strike by tanker drivers, or other oil related strikes,  or strikes by other sectors considered by them as important, a way out therefore would be for these sectors to engage the government on behalf of the health workforce anytime there are genuine aspirations by them.

The coalition of Civil society groups and organized labour should also be responsible enough to consider issues of improved service delivery in the health sector as germane to human development  and should be top burner on their plates.

The ultimate goal of health care is service delivery which results in prevention of death and illnesses and improved outcome of patients care. It is a goal that requires the collective participation of all. Without the desired concern of all and sundry there would continue to be strikes and we must remember that when there is strike in the hospitals, people die.