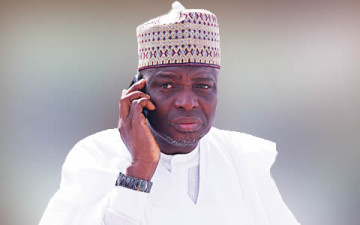 The Inspector-General of Police, IGP Solomon E. Arase, fdc, NPM, on 21st December, 2015, received a delegation of Nigeria Supreme Council for Islamic Affairs on a courtesy call in his office at Force Headquarters, Abuja.

The body equally appealed for possible medical assistance to those detained in connection with the incident.

In his response, IGP Arase appreciated the delegation’s visit to his office. He emphasized that the Police and other security agencies are conscious of Nigerian citizens’ fundamental rights and would protect them. He also assured them of professional investigation of the incident.  He appealed to the Islamic body to use its reputable and respected platform to caution all groups in the country, that while they have the constitutional rights to express their views, it should not circumscribe the rights of others.

Meanwhile, contrary to an online report by Premium Times, credited to the IGP, that to make the access to the sect members possible, he would have to seek “orders from the above”, the Inspector-General of Police at no time said there would be special clearance from anywhere before the Shiite members could be visited while still in custody. The IGP made it clear that the detainees could be visited by their friends, relatives and lawyers, observing necessary legitimate procedures.

The IGP, however, reassures of the commitment of the Force to the protection of lives and property and adherence to the tenet of fundamental human rights.