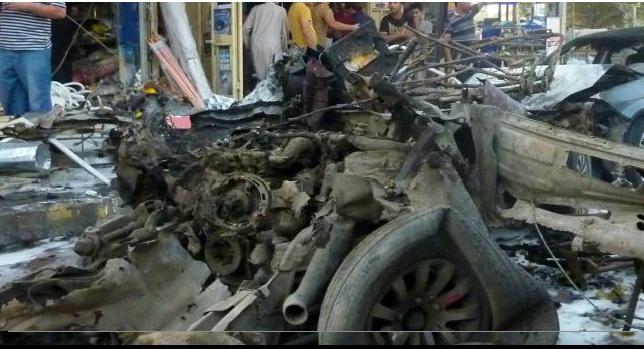 Sixty-nine people have been killed and 200 others wounded in a series of car bombs in the Iraqi capital, Baghdad, while Iraqis were celebrating Eid al-Fitr holiday.

Iraqi authorities said some nine blasts rocked mostly Shia neighborhoods on Saturday, when people were marking the end of the fasting month of Ramadan.

One blast hit a park in the town of Zubeidiyah, south Baghdad, while others exploded near cafes and shopping centers during the busy afternoon hours.

One of the bombings was near a market in the southeastern suburb of Baghdad, in which seven were killed and 20 wounded. Read full