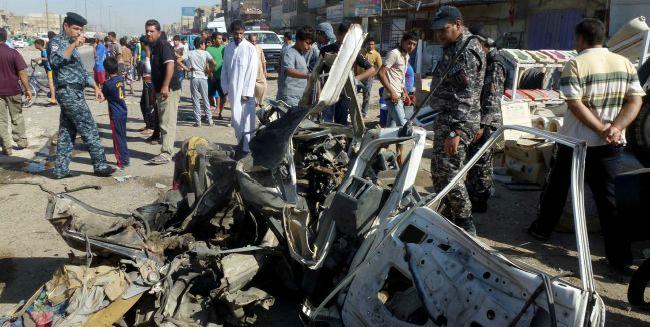 Nearly 30 people have been killed and dozens more wounded in a wave of violence, including car bomb attacks and shooting incidents, across Iraq.

On Tuesday, at least 25 people were killed and over 60 others injured in car bomb attacks in the capital Baghdad alone.

A bomb explosion in the eastern province of Diyala killed two people and injured four others.

According to police officials, the attack took place in a residential district in Himreen area, some 55 kilometers northeast of the provincial capital city of Baquba.

Clashes between gunmen and security forces outside the city of Maqdadiyah, some 40 kilometers northeast of Baquba, killed an al-Qaeda-linked armed man. Read more