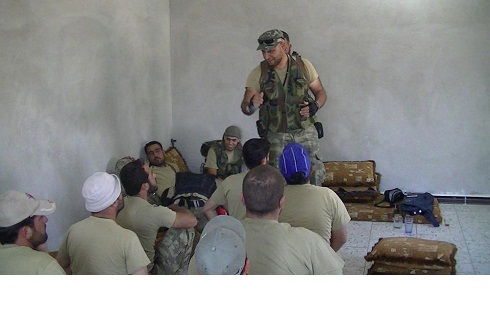 (CNN) — Tension brewed Wednesday between the United Nations and Syrian rebels after about 30 rebels detained 21 U.N. peacekeepers and refused to let them go.

The U.N., in turn, is demanding they be released.

The rebels contend that the peacekeepers entered a Syrian village near the Israeli-occupied Golan Heights, an area where peacekeepers should not be and where intense fighting has been raging for days between rebels and government forces.

The rebels say they suspect the peacekeepers were trying to aid their enemy, which is defending the regime of President Bashar al-Assad.

The United Nations confirmed the peacekeepers’ detention and explained that the peacekeepers were on a “regular supply mission.” The U.N. offered no further details of that mission but said it is “dispatching a team to assess the situation and attempt a resolution.”

There are two videos rebels posted on YouTube that present the rebels’ point of view.

In one, a rebel insists that the peacekeepers will be held until al-Assad’s forces withdraw from the village of al-Jamlah, where there has been heavy fighting.

“We demand from America, U.N. and the Security Council to intervene and get al-Assad forces to withdraw, then we will release these detainees,” the rebels say.

“What is happening (is a) genocide for the Syrian people with the world watching and listening (and) will lead to the gravest consequences,” they wrote.Read more http://www.cnn.com/2013/03/06/world/syria-peacekeepers-detained/index.html?hpt=hp_t3