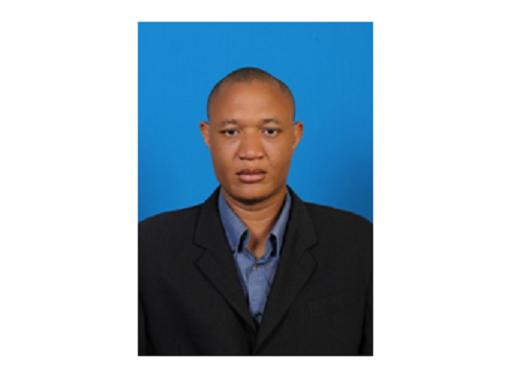 NewsRescue-I know when you hear the name Tahrir you will quickly remember the liberation square in Egypt and then possibly start thinking about the revolution. Now, let me make it very clear that I am not here to discuss about “revolution”; in short to me the word sounds like that machine-gun called “revolver” and they all smell of blood! So, I distaste it with a passion. I am an advocate of democracy and I strongly believe in the power of votes. I am only here to bear my mind about another square in my darling country, called the Nigerian Eagle Square, which Saturday hosted our political heavy weights within the ruling party for a special convention and the political fracas that follows.

I quite agreed with Hon. Patrick Obahiagbon that says “2015 is like political thalidomide”. For those that don’t understand his mumbo jumbo, it simply means– like an infected baby yet unborn. The event at the square is a like barometer to what we should expect during the general elections in 2015.

Since the abracadabra that took place at the Nigerian Governors Forum (NGF) election some months ago, many political observers have cautioned the ruling party and as well the presidency for supporting the imposter Chairman, the governor of Plateau state Mr. Jonah David Jang. They called on them to recognize what is democratically legitimate and avoid using divide-and-conquer in shaving the wings of the NGF. But the ruling party and the presidency turned a deaf ear to this advice and continued Janging around the Janga.

We also watched the second part of this epic movie in Port Harcourt, the capital of Rivers state, in what many people described as a film that can easy pass for a Hollywood silver screen; with Hon. Chidi Lloyd, Michael Chinda, Mr. Nyesom Wike and state commissioner of police, Mbu Joseph as the major characters. The role of our First Lady in this script cannot be overemphasized. Since then, knowing fully well that the ruling party and the presidency have more at stake than these individual governors, I kept saying to myself – he who lives in the glass house should not be throwing stones.

It actually did not come as a surprise to me when the news broke from the Tahrir Nigeriana that some governors including the former Vice President Atiku Abubakar walked out of the ruling party’s special convention on Saturday. Amongst them was the legitimate NGF Chairman Governor of Rivers state Rotimi Amaechi and the so-called G-5 northern governors that have been parading themselves around the country claiming that they want to salvage the party from self-destruction. All these people are wounded lions, some of them are actually the founding members of the ruling party and they are as well politicians that really understood the Nigerian game. I sincerely think PDP have to be very careful with them, because most of them had been gored by the party at one point or the other.

It did not actually take long when another breaking-news came in. The Atiku’s faction have organized a parallel convention at a separate venue and gone ahead to announce the party’s takeover from the Bamanga Tukur lead excos. That was when I remembered what Muhammad Ali wrote in his book, The Greatest My Own Story- “if you kill my dog, you better hide your cat”. Revenge is best served when it is cold! It actually looks like a revenge mission, but looking critically tells me that this is by far beyond the NGF payback. It is beyond Atiku being ignored by the party. It is beyond Oyinlola having problem with his state excos or the Adamawa crises. It is also far beyond the abnormalities and candidates disqualifications that took place at convention venue. I think it is about desperation to take over the country come 2015.

The Umbulela (apology) can no longer stop the hurricane. After a long oppression by the ruling party, the Talakawas now have a reason to smile. Something to talk about and momentarily forget our sufferings, while we wait for the political dramatics to outwit each other. Is PDP truly a cat with nine lives? This is definitely a litmus test to confirm that.

I dip my hand into my popcorn and watch on.

Shafi’i Muhammad Abdulhamid is writing from the Universiti Teknologi Malaysia.