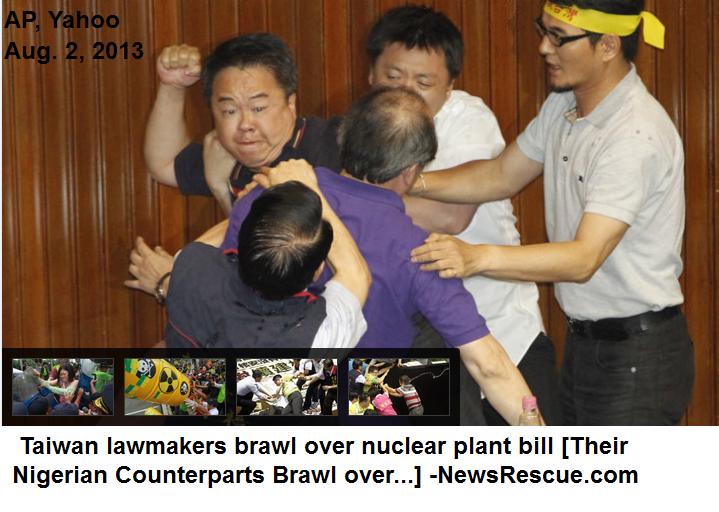 Taiwan (AP) — Taiwanese lawmakers exchanged punches and threw water at each other Friday ahead of an expected vote that would authorize a referendum on whether to finish a fourth nuclear power plant on the densely populated island of 23 million people.

Nuclear power has long been a contentious issue in Taiwan and became more so following the Fukushima nuclear disaster in Japan in 2011. While many Taiwanese consider nuclear power generation an unacceptable safety risk for the earthquake-prone island, economic analyses suggest disruptive power shortages are inevitable if the fourth plant is not completed. Read full

Editors note– This is a Spot the difference kind of story, contrasting between the issues that cause brawls of lawmakers in Tawain vs. Nigeria