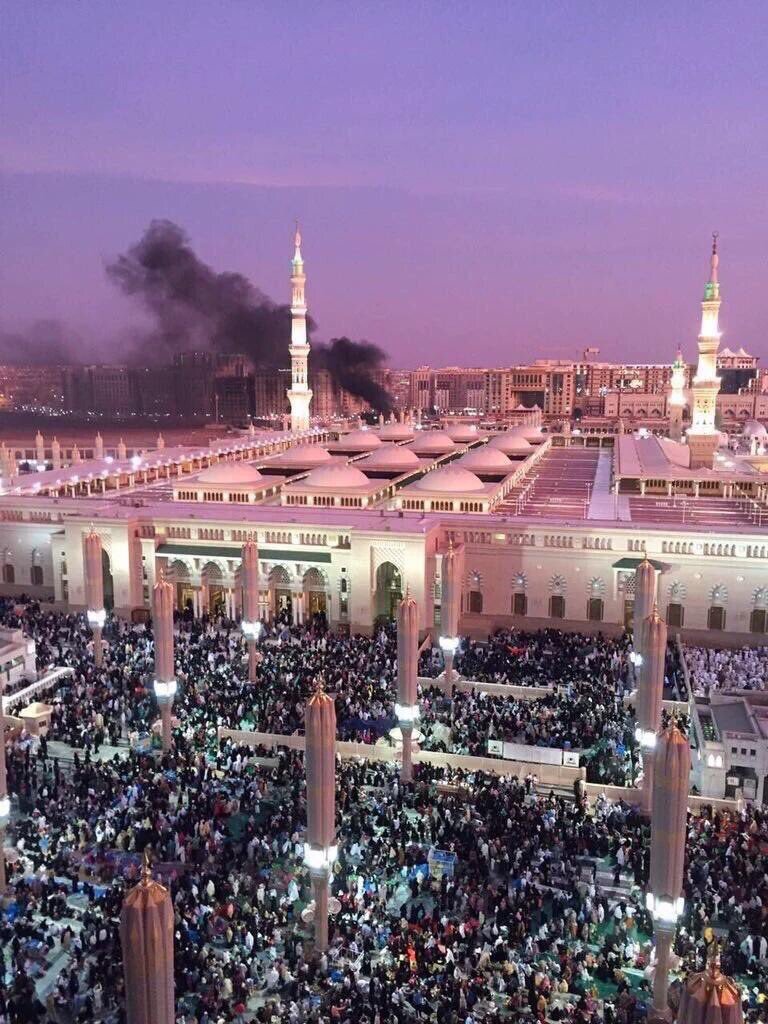 A bomb exploded outside the Prophet’s Mosque in the Saudi city of Medina – one of the holiest sites in Islam – on Monday night, local state television reported.

Multiple videos flooding social media showed charred corpses lying next to the burning husk of a car in the mosque’s car park, as police and ambulance sirens blared, and hundreds of onlookers filmed footage on their smartphones.

Monday is the last night of the holy month of Ramadan, and marks the beginning of Eid, the biggest festival in the Muslim calendar.

Also known as Al-Masjid an-Nabawi, the Prophet’s mosque is one of the holiest sites in Islam. It was the second mosque ever built, with the aid of Mohammed himself, who lived in a house next door. His tomb is still located there – sealed off from worshippers – and an iconic green-painted dome has been built over it.

A horrible video of tragic #Madinah incident. Shared by someone on the location. Disturbing visuals. #SaudiArabia pic.twitter.com/S9ChNp8OLi

The explosion happened in a parking lot near al-Haram al-Nabawi #SaudiArabia #Medina pic.twitter.com/OG6d7EpYJs