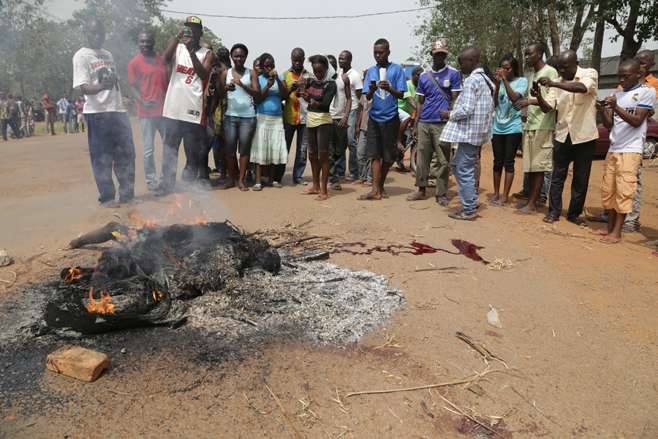 A lecturer at the Taraba College of Education, Alhaji Kassimu Umar, has been lynched and burnt to death by an angry mob after he allegedly killed five primary school pupils with his car.

Student Pulse gathered that Umar knocked down the children, aged between 8 and 11, while trying to dodge a trailer in the early hours of Friday, Punch reports.

Confirming the incident, the Taraba Police Command Police Public Relations officer (PPRO), Mr Joseph Kwaji told the News Agency of Nigeria (NAN) that Umar had reported himself to policemen at the Pupule Police Outpost after the accident.

“In the early hours of today, one Kassimu Umar, who is believed to be a lecturer with COE, Zing, had knocked down five primary school pupils who all died on the spot.

“After he reported the incident to the Pupule Police station, irate youths in their hundreds, stormed the station, dragged him out and lynched him.

“Our investigation revealed that the lecturer was trying to dodge a trailer, when he ran over the pupils whose ages ranged between eight and 11 years.”

No arrests have been made so far as police investigate the incident.