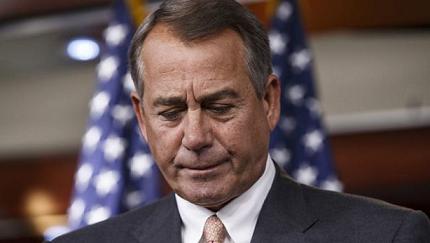 NewsRescue- Regardless of final agreement, time will tell if Tea Party has not already damaged U.S.A. United States financial analysts are trying to reassure the world markets that there is nowhere else to go. Well, think again because there is diversification by not putting most of your eggs in one basket. If some of the rich and wealthy can hide their money outside United States, so can the rest of the world put their money in those location.

Tea Party is fired up by the worldwide attention while Republicans are on fire at home. Whatever gold or currency is made the standard, Tea Party could care less about the disruption of international markets as long as they get elected by a narrow redistricting choice of voters they picked as their neighborhood. Democrats won more votes but Republicans won more seats in 2012 election. Talking about abuse of democracy, no minority should weld so much extremism power, that their leader is at their mercy.

The country called Gold Coast should have been keeper of gold. United States’ default or shutdown may not be the end of the world but it empowers world re-evaluation of U.S.A as a safe haven for international investment and the world financial gold standard. The torch passed from British pound to American dollar as safe investment. There are more $100 bills outside United States than there are in the Country that prints them.

The advantage of being the world currency standard is that you can print as much as you want to deflate whatever you owe the rest of the world while they work harder to pay you. It is the reason Mwalimu Nyerere told President Reagan it was not a matter of teaching Africans how to fish for ever. If we worked hard to pay $5,000.00 in 1960 for a tractor, paid 10,000.00 in 1970 and 20,000.00 in 1980; how harder do we have to work?

Those African Central Banks that think they can supply as much American dollars as the public demand must realized they lack the authority to print American dollars and can never flood the market with hard earned foreign currency at the expense of dwindling natural resources like gold, diamond or oil. That was how Gold Coast became poorer than those that named it. Nkrumah realized that before any of us.

However, Tea Party got international notice for wagging United States by the tail. How a small number of minorities within a conservative party that controls only a third of the political power behind the Presidency and Senate is a lesson in democracy. If anything is learned, it is that there are reasonable people in the Republican Party that love their Country more than share extreme ideology of “live free or die” hiding in conservatism.

Yea! It is too early to predict the demise of Tea Party in United States. They can regroup and come out stronger than ever. But their shot against Obamacare went wild this time. Indeed, they could have done better if they only let Affordable Cost Act bear while in a teething stage of its computer glitch. Whatever medical tax concession, shutting down Government or risking debt ceiling is comparatively unworthy of markets meltdown.

More of their supporters back Affordable Care Act than they back Obama care and even more prefer their Medicare than Government insurance. They do not want their Social Security touched but want Government to cut spending on food stamps, childcare and education. The same people that shut Government wondered why Vet WWII Memorial, parks and recreation were closed. Can someone tell them these are kept by spending?

Anything progressive to give the masses a chance towards better lives are demeaned in the negatives to appeal to the uninformed. While they gained most from stimulus, they denounced it, while they have government jobs, ridicule job creation and while they have the best health insurance for themselves and their families, demean insurance for others. In 2012, cheered Ron Paul while jeering those working class without insurance.

They wonder aloud if this was the same President the Speaker Boehner claimed he got 98 percent of what he wanted from. Rope A Dope is in between rounds, you still have to retain the spine to knock your opponent out. But this is not a boxing match, Republicans must be given a saving grace to climb out of the ditch they found themselves, even if it is the “fairness issue”. Poor Speaker cannot win either way, they are lined up for his job.

Agents of rich are boiling mad. Regained all they lost during the last recession and have made more while the rest of us barely spring back to where we were or cannot get back to the level of the salary we lost. Going by Europe with their austerity measures, they went back into recession except Germany that is doing fine trying to bail out Spain and Italy. United States fared better because of its modest stimulus, which helped the world.

What emerged out of the recovery is that the richest one and five percents in United States have cornered most of the income more than they have ever done since 1928 but some are still boiling mad. The silver lining is that there are conscientious conservatives that have differentiated themselves from the opportunistic conservatives ready to feed on their fellow Americans. They call themselves Tea Party Republicans.

They are ready to burn the country and default on their obligations in the financial market unless they get their wish. It must be noted that they are in the minority but in powerful position to wag the dog by the tail. They face traditional Republicans in the primaries and shout them down. Many of them see that as an opportunity to political offices and even become the President.

Tea Party favorites had been Rand Paul son of Presidential candidate Ron Paul, Senator Rubio of Florida and Senator Ted Cruz amongst others. Cruz is trying to be even more extreme to curry favor of Tea Party and notice. Though Cuban parents, he was against the Immigration favoring Hispanics more that Rubio that supported and risked loss of favor. But then, Cubans gain immigration status in the U.S automatically unlike others.