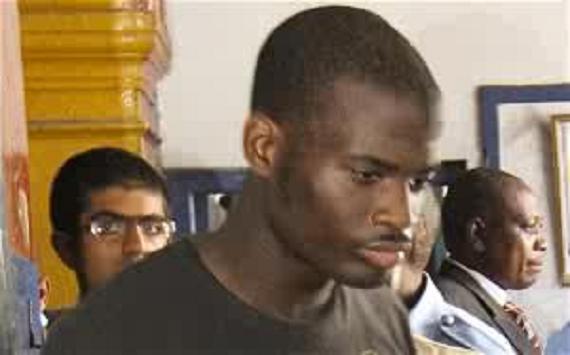 Five prison officers have been suspended after an incident involving Michael Adebolajo, one of the men suspected of murdering soldier Lee Rigby.

The officers have been sent home on full pay and cannot work at Belmarsh high security prison or any other jail following the struggle with Michael Adebolajo, 28, on Wednesday.

The five men deny they assaulted Adebolajo, who is understood to have lost two teeth while being restrained at the prison in southeast London.

Adebolajo, who is on remand charged with the murder of Drummer Rigby; is said to have claimed he was “targeted” by prison officers at the jail.

Peter McParlin, the national chairman of the Prison Officers’ Association, said the Ministry of Justice had “let the staff down” over the incident.

He told The Times he had spoken to the officers involved and they insisted they had done nothing wrong.

He said: “We feel that the Ministry of Justice have let the staff down here. They have suspended five of our members but that does not necessarily mean they are guilty of anything.”

It is understood that the incident occurred when officers were involved in an approved “control and restraint operation” and Adebolajo refused to obey their instructions.

A Prison Service spokesman said: “Five members of staff have been suspended while the police investigation is ongoing.”