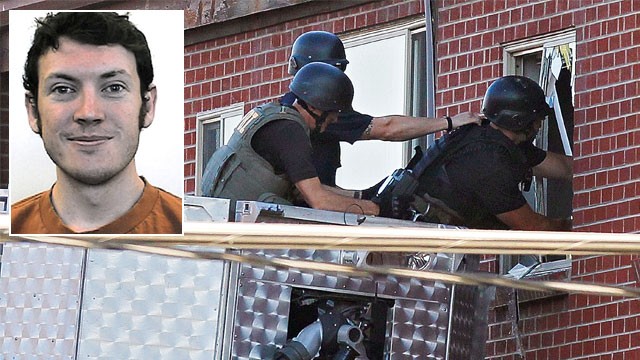 Update- The suspected gunman at the Batman movie theater massacre in Aurora, Colo., earlier today has been identified as Ph.D. student James Holmes, who recently withdrew from his neuroscience studies at the University of Colorado before shooting up “The Dark Knight Rises” screening.

Holmes, 24, moved to Aurora to pursue his Ph.D. at the University of Colorado medical center, living just blocks from the hospital in an apartment that police say is now laced with explosives and being searched by HazMat teams.

Holmes killed at least 12 people and injured as many as 50, including U.S. military members, during the midnight premiere of the movie at the Century 16 Movie Theaters in Aurora. He barged into the theater mid-show, setting off smoke bombs and stalking up and down the aisles firing as many as four weapons at viewers.

He was captured by police in the parking lot while still wearing a bullet-proof vest, riot helmet and gas mask and, according to police. Read more… 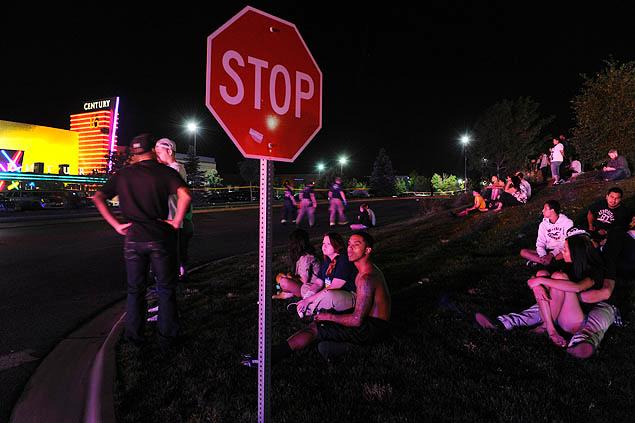 (CNN) — At least 14 people were killed and 50 wounded when a gunman opened fire during an early Friday morning screening of the new Batman movie at an Aurora, Colorado, theater, Police Chief Dan Oates told reporters.

The heavily armed suspect, who was wearing a bulletproof vest, was apprehended by police in a rear parking lot of the theater, Frank Fania, a police spokesman, told CNN. The suspect was not immediately identified, though Fania said he was believed to be in his early 20s.

“He did not resist. He did not put up a fight,” Fania said. Police seized a rifle and a handgun from the suspect, and another gun was found in the theater, he said.

Oates said there was no evidence of a second gunman.

Chaos broke out during the showing of “The Dark Knight Rises” at the Century Aurora 16 theater when the shooting began, police and witnesses said.

“We saw people running around and screaming,” a man, who was not identified, told CNN affiliate KUSA.

KUSA: One person in custody

He said there was confusion in the theater when the shooting began because many believed the sound of gunfire was coming from the movie.

Oates said that the suspect used some sort of “smoke device” before opening fire in the theater.

Witnesses told KUSA that the gunman kicked in an emergency exit door and threw a smoke bomb into the darkened theater before opening fire.

One movie-goer, who was not identified, told KUSA the gunman was wearing a gas mask when he released a smoke bomb and then began moving through the theater, randomly shooting at people.

Cell phone video taken by someone at the theater showed scores of people screaming and fleeing the building. Some had blood on their clothes.

One police officer carried a girl believed to be about 9 with gunshot wound to her back out of the theater, a witness said. “She wasn’t moving.”

Authorities have also evacuated the suspect’s Aurora apartment building after “he made a statement about explosives” in his unit, Oates said.

Of the wounded, at least 20 were being treated at the University of Colorado Hospital, said spokeswoman Jacque Montgomery. All of the wounded suffered from gunshot wounds, which ranged from minor to critical, she said.

“They’re arriving by police, by ambulance. Some are walking in,” she said.

Ten people were killed in the theater and another four died at area hospitals, Oates said.

Hundreds of police officers descended on the theater, and the FBI has joined the investigation.

“We were calling for help from every police and fire agency,” Fania said.