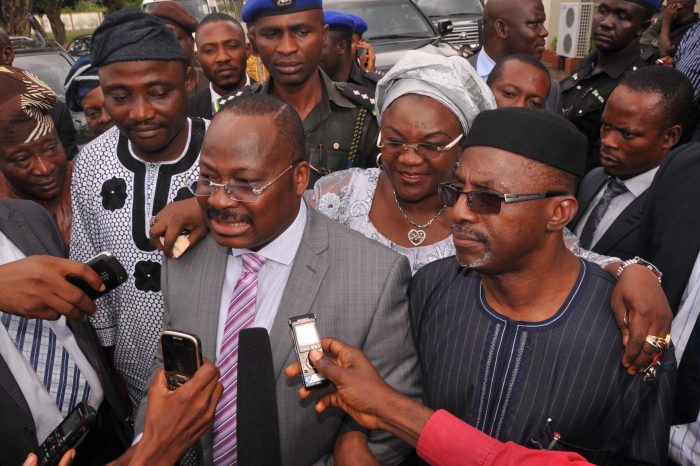 Abiola Aji­mobi, the governor of Oyo State, has declared that maraud­ing Fulani herdsmen in various parts of Nigeria are more dangerous than the dreaded Boko Ha­ram insurgents.

The governor, therefore, charged security agencies to rise to the challenge by check­ing the excesses of the armed Fulani herdsmen.

Ajimobi spoke on Thursday, April 20, 2017 in Ibadan, the state capital, when the Deputy Inspector-General (DIG) for South West Zone, Foluso Adebanjo, vis­ited him.

Represented by the deputy governor of the southwestern state, Otunba Moses Adeyemo, the governor said, “Our first priority is the secu­rity of life and property. Be­fore our assuming office, Oyo State was rated as a notorious state. Now, it is one of the most secure states in Nigeria.

While acknowledging the police and other security agencies for their effective collaboration, Governor Aji­mobi urged them to do more to find a lasting solution to the herdsmen attacks, stressing that “they are more dangerous than Boko Haram insurgents.”

He said that the earlier something serious was done about the activities of the herdsmen the better for Nigeria.

He lauded President Mu­hammadu Buhari for his interest in shoring up staff strength of the police.

Earlier, DIG Adebanjo told the governor that the federal government would ultimate­ly recruit 30,000 officers to strengthen security architec­ture of the country.

The police chief said that the security agency was un­derstaffed.

The government had last year employed 10,000 police­men, but Adebanjo hinted that 30,000 officers would be recruited before the end of the year.