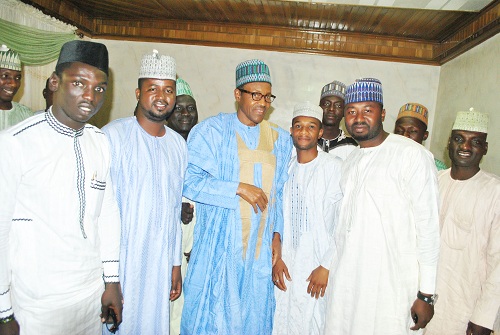 1. Good morning Ladies and Gentlemen of the Press. Thank you all for coming.

2. First of all: On behalf of the APYF, the first youth group in APC that have galvanized and mobilized tens of thousands of young people into this movement from every nook and cranny of this country, and on behalf of the thousands of other groups and associations that have affiliated with the Change Mantra and gave in their best as volunteers, election day monitors, promoters and all, I would like to congratulate our President and Vice President-elect, the campaign team, our great party the APC and all other elected officials across the country who will form the new Nigerian government beginning on May 29th, 2015.

3. Secondly: I would like to commend all contestants that took part in the recently held democratic exercises all around our great nation. Specifically, I pay great respect to all candidates who conceded defeat in the time-honored tradition of congratulating the victor. Such actions show that Nigeria’s young democracy is truly maturing.

4. Today, as we await the commencement of the New Nigerian Project, I speak specifically to the young people of Nigeria – my brothers and sisters from the plains of the North, to the pasturelands of the South, who stood in line to cast their votes; waited till the early hours of the morning to protect their mandates; and participated in the electoral process to demand and effect change. These young people form the backbone of this nation, and are the foundation of what our new collective history represents: that truly, a country as culturally diverse and as religiously demarcated as ours can have a peaceful consensus on how to change through the polls.

5. What the results of the national and statewide elections have also shown is that the young people of Nigeria have finally taken part, to take charge. We have shown that the true fabric that holds Nigeria together lies in the energy of the youth – who are the architects of tomorrow, and the custodians of yesterday’s struggles to set our nation back on the democratic principles of: “one man, one vote” and “a government of, for and by the people.”

6. Young Nigerians on social media, warriors of the Facebook and Twitter-sphere, also stood guard to engage the public and protect the message of ‘Change.’ They took on the mantle of leadership in a domain that only they could navigate, and because of them today, our country is on track to becoming greater, stronger, more accountable and prosperous than it has ever been.

7. Young Nigerians, the foot soldiers of the respective campaigns – of which many lost their lives, went from door to door to spread and preach the benefits of our party’s roadmaps. And today, we must remember and honor them them.

8. Years from now, when people look back at these times, let them not say that we did not give honor to where honor is due. Let them say that those who made this happen, those that brought about the change that we have been desperately seeking for over 16 years, were not forgotten by the wayside.

9. Let people say that the impact of this new and vibrant generation, played a role beyond the complaints and criticisms, it effected change through the ballot box.

10. Today, we must begin to look at the sustainability of our party, and begin to empower young people for the sake of the future that knocks ever-so-steadily on our doors.

11. Finally, I say this, with a full understanding that participation does not stop here; taking part to take charge does not end now: as we as young people must be patient to see the dividends of change, we must also be vigilant to ensure that the agents of change are accountable to their promises.

12. And we must forge ahead, united, as a sovereign and indivisible nation under the Almighty, to ensure that every Nigerian benefits from the successes that we have just attained at the polls.