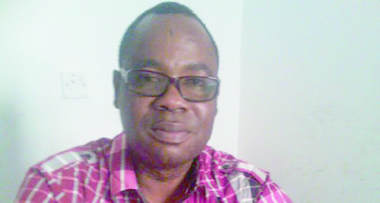 NewsRescue
By Hon. Ebenezer M. Oyetakin
Honestly, candidly and most disgustingly, I had watched the protesters led by one so called Bishop Musa what? I just could not but voiced my disappointment at such level of humans degenerate, to the extent that the entire show was naked, blindhearted,  sponsored miscreantic activities of some street walkers that do not believe in the reasons for which they were driven like cattle for pecuniary gains in the name of protest.
Their presentation was watery, nonsensical, lacked originality, purpose and articulation. It grossly smacked lack of knowledge of the true status of the Iranian nation. I am a Christian with great revelations of Christ, practising in undiluted, noncircumstantial and unconditional love which enables me to see clearly things,  the way they ought to be seen. I have visited more than 59 Countries around the world. I am vast and have great understanding of international diplomacy and occurrences around the world as well as practices of both diplomacy and treachery by different countries in pursuance of strategic interests. Iran has become a very responsible global influence in our today’s world. That was why against all resistance by Saudi Arabia, Israel’s political leadership and other interests the 5 permanent members of the United Nations Security Council plus Germany,  constructively engaged Iran as a Power house of influence and agreement was reached and sanctions lifted.
Iran as a nation, though a strong leader of the axis of resistance against imperialism and hegemony has practiced such resistance in line with established international norms,  order, constitutive Acts and Charters.
Iran could be a key partner to Nigeria in her quest to build an independent, strong,  virile and United Nation with gross ability for self sustainability in all ramifications. Today before the advent of the President Muhammadu Buhari GCFR as President :Nigeria economy became the most violated in the entire world with connivance of imperial powers and their local stoogies. Our economy was profiting external world than our citizens; exporting prosperity abroad and delivering poverty at home. But Iran Nation was able to defied economics sanctions by all super Nations and grew out of such adversity to become the most self reliant NATION in the Persian Gulf and Arabian peninsula, the most potent home grown military capabilities and prospectively the largest economy in that axis. These are things Nigeria can benefit from.
However the Wahabist agents in Nigeria, the sponsors of Boko Haram and other destabilization programs as well as hegemonic imperialists Powers agents will never want to see such  a cordial and beneficial relationship between Nigeria and Iran. Iran was not, is not, and can never be our enemy. The ranked among the most viable essential pivots in the world to which Nigeria belongs but has failed to maximize its potential as one,  just as did Iran.
Iran will be more willing to share its great feet it science, technology, inventiveness and knowledge based economics and nation growth with Nigeria much more than the Western Imperialists powers that want to keep us eternally subjugated.
I therefore strongly without any reservations condemned in its totality this unwarranted, carlous indecent and show of shame that was grossly misplaced in the name of protest to Iran Embassy today.
I called on Nigeria Government to diligently work to demystified whom Nigerian Government enemies truly are and who are our friends. Iran certainly is not our enemy. They could be a  best of strategic partner. Iran has the right just like Nigeria and other nations in the world to voice its concerns over any issues of interest.
To the best of my knowledge, The Islamic Movement of Nigeria are one group whose sense of patriotism and willingness to work for the emancipation of Nigeria is not in doubt. They massively voted for President Buhari when some of the Wahabist Sheikh were busy prophesying that Buhari should not run for President and so on after they had collected monies from the out gone regime. Let us handle the Islamic Movement issues with  wisdom, truth and all sense of justice. I love to see an improved and constructively engagingrelationship between Islamic Republic of Iran and the Federal Republic of Nigeria.
Hon. Ebenezer M. Oyetakin
Executive Secretary
Anti-Corruption Network Nigeria