PressTv- Scientists at the California Academy of Sciences have developed a project to capture three-dimensional (3D) images of every known ant species in the world.

The team has been taking photographs of the ant species in museums around the world by using a technique that allows them to capture images revealing microscopic anatomical detail of the insects’ bodies.

“Our goal is to image 10,000 a year,” the lead researcher Brian Fisher told the state-funded BBC.

There are about a total number of 30,000 ant species in the world, 15,000 of which have been formally described in science. Fisher and his team have captured images of 8,000 species so far.

Scientists take several highly magnified images of the different aspects of the species and then combine the pictures into one final image. 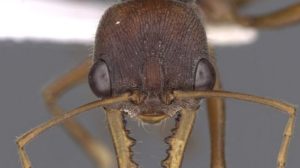 Fisher added that, “You can zoom in and see fine hairs, the eyes, all of this detail.”

“So this is actually the first time, as a scientist, I get to see this ant in 3D. It’s very useful for scientists,” he noted.

Scientists aim to provide a tool for scientists as well as anyone else by putting all the images in an online catalogue called Antweb.

The team is hopeful that their efforts would bring the ant world out of museums and reveal diversity of ants to the public.

“Many people don’t know the amazing creatures that live in their back yards,” Fisher explained.

He concluded that, “This project will mean that anybody, anywhere at any time will have access to these specimens that we hide in museums.”