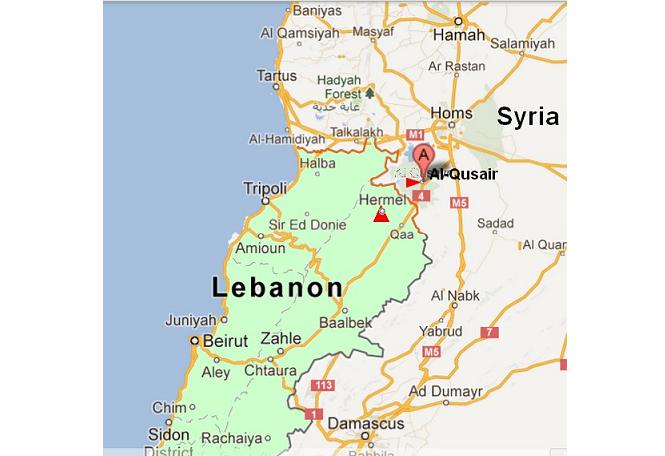 The Assad government, having lost control of large swathes of the country and deemed near collapse only a few months ago, has put together a surprising counteroffensive. The operation seeks to reestablish the ground route between the capital Damascus and the Mediterranean coast, where the regime’s Alawi and Shia supporters are concentrated. The counteroffensive started off reasonably well but has bogged down in recent days.

Qusayr, a town of thirty-thousand, is in the unenviable position of lying between Damascus and the Shia heartland, and an important battle is being waged there. Rebel forces are reinforcing the town; the Army is determined to take it. The Battle of Qusayr will be the first large, protracted battle of the war.

The Army wishes to inflict a serious defeat on the rebel forces in Qusayr, leading the way to reasserting control over the country – or at least large portions of it. This isn’t likely.

Rebel forces are ill-trained, often poorly armed, and as disunited as any substantive force can be, but three things make decisive defeat unlikely: the rebels are able to replenish their ranks from the Sunni majority and from foreign fighters; rebels operate in many parts of Syria and are unlikely to over commit forces to a city that holds far less import for them than it does to the Assad regime; rebels, in the event of imminent defeat, can blend into the population or exfiltrate the town in order to fight another day. Read full story