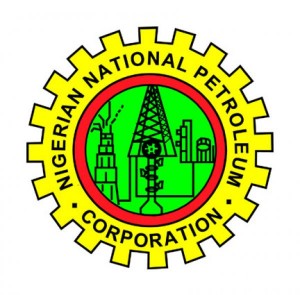 AfricanSpotlight- On Thursday December 1, the Minister of Finance, Ngozi Okonjo-Iweala, cringed when the senate joint committee investigating the management of funds set aside for petroleum subsidy handed her a seven-day ultimatum to produce a secret forensic report on the Nigerian National Petroleum Corporation in her custody.

The audit (click to download): Consolidated Detailed Findings-v1, done for her ministry by renowned audit and advisory consultancy, KPMG, which exposed the massive financial malfeasance and monumental corruption in the NNPC, is one document the federal government, the petroleum ministry and the NNPC have worked hard to conceal for a little over a year now.

The report, which could trigger a fierce face-off between the federal and state governments, is one of the most closely guarded secrets in Nigeria today. It contains shocking details of how the NNPC, and by implication, the federal government has been swindling the states.

So when the committee requested Mrs. Okonjo-Iweala to produce it, she became a bit uneasy, knowing that doing so might embarrass the administration and sparked some troubles for the NNPC, a source close to her told the Times. Initially the minister didn’t make any commitment, but when pressed by committee members, she reluctantly acceded to the request.

It is not known at press time whether she has sent the document to the committee. Contacted yesterday, her spokesperson, Paul Nwabuikwu, said he had no information on the matter. Calls to the chairman of the senate joint committee, Magnus Abe (PDP, Rivers), were unanswered. But as at noon today, long after the ultimatum given to Mrs. Okonjo-iweala expired, a source close to the committee said the minister was yet to make the report available. He said there was high-powered lobby by the NNPC not to make the document public.

But the Times has scooped the report for you in case the minister fails to produce it or does so to the committee in camera.

As far as the 41-page report is concerned, the NNPC is a cesspool of monumental corruption and fraud. The report detailed the corporation’s sharp business practices, violation of laid down rules and regulations, illegal deductions of funds belonging to the state, and failure to account for several billions of naira that should go to the federation account.

The agency, the report says, has also severely defrauded our country in subsidy claims. Auditors found that between 2007 and 2009 alone, the NNPC over-deducted funds in subsidy claims to the tune of N28.5bn. It has not been able to account for the sum ever since.

The over-deduction from its remittance to the federation account for 2010 and 2011, believed to be in several billions of naira, is not captured in the report.

The Federal Government, through the Federal Ministry of Finance, hired KPMG and another Nigerian auditing firm, S.S. Afemikhe & Co., in July 2010, to look into the books of the corporation following allegations of “wrongful deductions at source by the NNPC to fund its operations” by the 36 state governors.

There were also concerns at the time that “the procedures for managing and reporting the country’s crude oil and gas revenues are opaque and characterized by gaps, overlaps and inconsistencies in the role of key parties responsible for the assessment, collection and reporting on these revenue streams.”

Officials of the petroleum ministry and the NNPC, a source at the finance ministry disclosed, developed cold feet after the auditors were sent in, and indeed tried hard to frustrate the representatives of the two audit firms by failing to supply evaluation criteria for commercial bids submitted in respect of petroleum products importation.

Believing that would turn the auditors away, our source further explained, the corporation also failed to provide them with other relevant documents such as the criteria for allocation of products and product volumes to importers/suppliers and periodic prequalification list of approved products importers/suppliers.

But in spite of the difficulty they faced, the auditors were able to determine that the NNPC had been anything but transparent in the management of our country’s oil resources.

The report that emerged from the audit was just too damning that the leadership of the petroleum ministry, the NNPC and some few other elements in the Federal Government have worked hard to keep it away from the 36 state governors and federal lawmakers in particular and Nigerians in general.

In what is likely to anger state governors, the audit established that the corporation was in the habit of arbitrarily estimating subsidy claims and then over-deducting funds from proceeds of domestic crude sales.

The auditors’ analysis indicates “over-deduction for these two months amounted to N14.9bn. However, only N4.2.bn was swept into the Federation Account by the NNPC as adjustment for subsidy claimable in the two months.” That is beside the N11.8bn subsidy claim the NNPC claimed it paid for imported products that didn’t reach consumers.

State governors have always complained that the NNPC was shortchanging them through illegal deductions from revenues payable to the federation account.

Over-deduction is however not the only way the corporation is defrauding the federal and state governments. According to laid down regulations, the NNPC is invoiced in dollars for domestic crude allocations but is expected to remit the equivalent naira value to the Federation Account. But auditors found to their chagrin that in doing that, the corporation used exchange rates far lower than those published by the Central Bank of Nigeria.

When the auditors requested explanations for these exchange rate disparities, the NNPC claimed it obtained the exchange rates it used from the CBN via telephone.

The report also severely indicted the NNPC over the shoddy and non-transparent manner it renews crude sale contracts every year. The auditors noted that “evaluation criteria for renewal of contracts are not clearly stated in the contract document”, and that the selection exercises were based on individual discretion and wrong assumptions and criteria.”

The NNPC claims that renewal of contract was based on performance of off-takers (buyers). But the auditors observed that the basis and process for determining performance were not clearly defined.

The auditors wondered why in 2007 and 2008, some companies not on the approved list of buyers for that year were allocated crude, a practice the examiners believe had led to crude being sold to non-credible buyers, even with relevant guarantees and safeguards not implemented.

The auditors specifically queried the award of contracts in that manner to Astana Oil Corporation Limited, Natural Energy and Oando, when they were not prequalified for patronage that year.

Among other forms of misdemeanour, ranging from poor accounting to shoddy record keeping, the auditors also indicted the corporation for leaving its own storage facilities, unused, and then proceeding to incur additional cost from leasing of third party storage facilities.

The auditors reported that DPK tanks (with storage capacity of 18,000 cubic metres) at the PPMC depots within the Mosimi Area had not been used for three years even though there were in good condition. Yet the corporation, the examiners added, had been leasing storage facilities from third parties.

The spokesperson of the NNPC, Levi Ajuonuma, declined to comment on the report, saying he had nothing to say until the government releases it officially. source