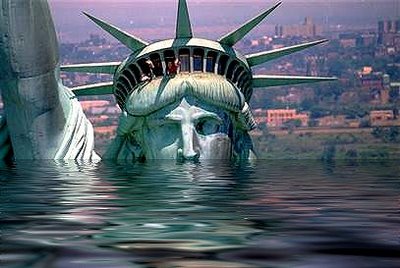 NewsRescue-As the US prepares to celebrate its 237th year birthday—on July 4th, 2013, independence day—are we possibly witnessing the end of an empire? The reign of the great U.S.A? Some analysts are beginning to suggest this may indeed be so. That the world might just be witnessing the end of the USA as we have known it; some even postulate that the great empire ended already and we are merely witnessing the convulsive struggles of its last days.

The United States economy just survived a recession, or did it really? Economists say, no. They say the bailout measures G. W. Bush initiated and Obama continued, did not solve the crises, but merely pushed forward and created a more deadly recession, which is now on its resurgence. Forbes recently listed seven reasons why the US is headed into another recession, these are, stunted economic growth, vanishing jobs, crashing house market, consumer non-confidence, sinking China, sunk Europe and Obama’s big tax cuts.

When job losses are discussed, it is important to realize that they can never be regained. Losses are not due to outsourcing anymore, but computers, machines are taking over more and more jobs at the most incredible rate ever. Jobs can just never be enough anymore in the google-machinized world. And this is the same reality of many of the problems the empire faces, the new world just has no fix for the problems and miracles of a technological and competitive, complicated world. The US can not dominate and even in many instances, offer reasonable competition. Not with the low tertiary institution graduation rate and the level of vanity and laziness of much of the worlds greatest consumer population with its credit run, consumption and spending-based economy.

Over 16 trillion in debt, the US is dug in. Two-thirds of the national debt is owed to the U.S. government, American investors and future retirees, through the Social Security Trust Fund and pension plans for civil service workers and military personnel. Can the US service and finance its debts? Is Social Security secure? How many more years can the situation be covered up, and on which generation will the frank lack of funds be declared?

1 trillion is owed to China. The US continues to beg China to devalue its currency, China is the biggest lender to the US. The US owes China over a trillion dollars. Last time Obama begged, China declined revaluing the Yuan. In August, 2011, the US lost its triple A credit rating with Standard and Poor. That’s serious.

Wars as a useful distraction have taken a rather large toll on not just the US economy, but its global position. In the Libya war, France led the efforts. In the ongoing war in Mali against extremists, France again led the efforts. The US simply does not play the role it used to. It is worn out and has lost much credibility. No strategy is more commonly the US’ best strategy. In Syria, a catastrophic conflict has waged on for over two years, and the US is yet to define its presentable course of action. In doing so, al Qaeda has played a huge role in supporting and organizing the war against Syria, and this has made the US even more handicapped and simply messed up.

The US is just not that same US we used to know that came out strong and able to determine global policies. Russia sticks its fingers in the US’ eyes, even Iran has successfully for the entire two terms of Ahmedinejad, the powerful ruler who dared to never succumb to intimidation, thwarted US’ worst. Sanctions against nations like Iran have further weakened US’ economic and political strength in the world. The US’ army is now measured and known to not be able to engage in two wars at the same time.

Recent confessions on the tenth anniversary of the invasion of Iraq, that the war was fought merely for oil, have not done much to reinstate the US as a respected world power. Guantanamo can’t be closed; the BRIC rises; Dollar tanks. Today Russia and China voice greater humanist ideals than the US. On June 3rd, in respect to Syria, the US Secretary of State, John Kerry said, “we(the US) came to the peace process late.” Russian president, Putin now preaches to the US, not to arm terrorists, describing arming “organ-eating” terrorists as not in European and Russian cultural morality. This brings us to a third point:

During the reign of America’s first black president in recent history, the Snowden scandal threatens to alienate the US and destroy whats left of its respect and recognition.

The US has never been particularly loved by the Arab world; nor by Russia. Revelations of spying against Russia and Turkey, a nation trying to join the EU, were not the most damaging. The US could afford to weaken those ties. But recent revelations in a German paper potentially may be the last blows that took the US off its feet. Germany and France have demanded clear explanations of the US spying on the EU and the UN, with the German minster of justice comparing the acts of spying to cold war activities.

Our intelligence analysts describe that the US spies, not for national security as it will wish us think, but rather to cheat. Spying on friends, spying before meetings of economic fora and utilizing the personal discussions of attending dignitaries to steer the course of the meetings and manipulate economic proposals, can hardly be described as matters of national security,unless perhaps, national economic security.

Of recent, the US makes promises of donations–like the one post Haiti’s earthquake–that it is not capable of fulfilling. The US spies to save its economy and not much else. It spies to cheat. And this is the reason why Europe is highly upset. If the US loses its western friends, how much longer can it remain the leader of the world?