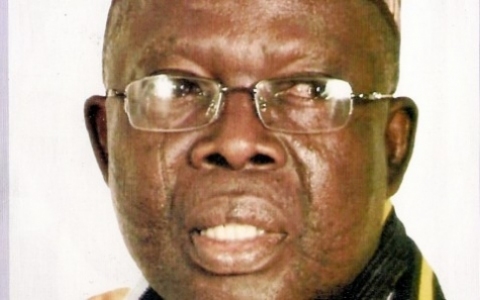 Just in time readers are asking for elaboration on the thesis that graced these pages for the past two weeks about the roles of public intellectuals in the development of nations in history; their very poor outing in the making of modern Nigeria so far; and the need to regulate them for a meaningful and purposeful national debate to happen necessary for our elevation to a proud level of civilisation. Samson Shuaibu, the erstwhile Director General of Federal Radio Corporation of Nigeria (FRCN), exploded the time bomb necessary for the illustration of the aggregates points for the conclusion of this series. In an interview with the on line news portal, PREMIUM TIMES of Monday, 1st July, 2013 and while defending his prolonged stay in office despite attainment of retirement age, he said: “…Nigeria is not owned by Hausa-Fulani, who have serially ruled or ruined FRCN for several years, neither is it owned by Igbo or Yoruba. It is owned by all Nigerians.”

It is true that Nigeria is not owned by any of its major ethnic groups but it is equally and entirely untrue and a gross disservice to the Nigerian ideal to ascribe to some ethnic group the prerogative of ruining any of the numerous national institutions. This forms the near perfect example of a public intellectual going awry in answering to his calling and discharge of his noble responsibility.

Some will say Samson Shuaibu is not a public intellectual – not even a poor one for that matter – but a simple bureaucrat who by virtue of his experience rose to the level he is of a high ranking civil servant who may not be expected to engage in a debate about the destiny of his nation as some may not see him or his position in the light of  learning necessary for a role of an opinion leader whose choices, utterances and ideological leaning can register a good degree of logic and inspire a large following from the cream of the society. In both counts it is wrong. If Nigerian civil service can produce a Director General  on both administrative and professional capacity that  cannot sound like a committed and insightful public intellectual when he choose to speak in matters relating to public  reality and responsibility then the search for where to begin in our quest for creating and regulating  public intellectuals should begin in the Nigerian civil service and especially in institutions like FRCN which is supposed to be the custodian of the national ethics and values in whatever may reach the public through it. And when its leaders can show themselves in the ideals of accomplished ethnic closets engaging in negative ethnic stereotyping of the others, then the nation is openly threading the path of self destruction. Although in another news Samson Shuaibu is said to have been asked to vacate his office, obviously for his crime of overstaying in it. We are waiting for what will be done about his dangerous statements against an ethnic group in the nation.

Certainly for Nigeria to realise its full potentials as a nation, regulations must be introduced on opinions in its public space. In Mosques, Churches, electronic or print media, those who voice relevant opinions, especially on regular basis or those who are to watch over them (like Samson Shuaibu) must be certified first, for nations are not only geographical borders but also ideological borders. This is how it is being done everywhere in the world and by every thriving nation even those at the hallmark of freedom of expression like the USA. There is a limit to what one can say or propagate in any of its public outlets including those that are privately owned.

We must not forget that it is the kind of negative ethnic stereotyping by Samson Shuaibu which achieved preponderance in the public space of Rwanda by Hutu extremists that generated the necessary momentum for the horrible genocide against the Tutsi ethnic group in 1994.  It must be mentioned though that Nigeria and its policy leaders, over time, have shown too much inclination to condone extreme hate statements and negative ethnic stereotyping of the others in its public space.  Late Bola Ige in 1994 was maintaining a column in the Tribune Newspaper of which he constantly referred to the Fulani as the Tutsi’s of Nigeria even at the height of the genocide in Rwanda, something which could easily have generated enough hate for the Fulani in Nigeria or provoked genocide against them. However later Bola Ige was rewarded with the position of a Minister and later Attorney General of the Federation during the first tenure of Obasanjo’s democratically elected government of 1999-2003.

Apparently lack of the government resolve to control or even punish those public commentators that speak unkindly about other ethnic groups in the past ensured the progression of such attitude that led us to now Samson  Shuaibu doing something similar. If the trend is not checked certainly the preponderance of such claims will increase tremendously and the result will put most, the Hausa Fulani ethnic group in serious danger, and the future of the country  most uncertain.