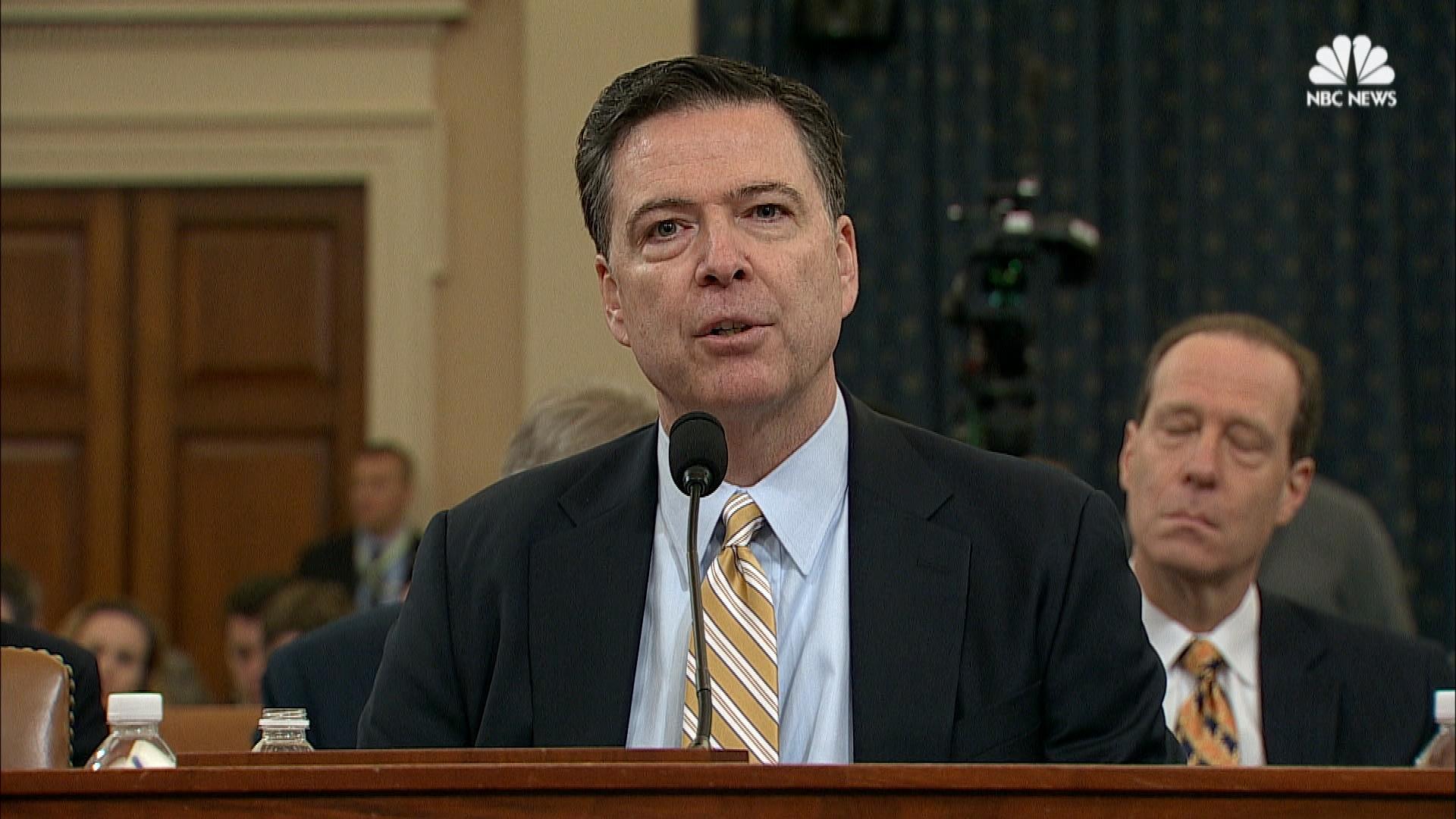 You put this in quotes. Words matter.
You wrote down the words so we can all have the words in front of us now. There’s 28 words now in quotes. It says, quote, “I hope” – this is the president speaking – “I hope you can see your way clear to letting this go, to letting Flynn go. He is good guy. I hope you can let this go.” Now, those are his exact words, is that correct?
James Comey: Correct.
Sen. Risch: You wrote them here and put them in quotes.
Comey: Correct.
Sen. Risch: Thank you for that. He did not direct you to let it go?
Comey: Not in his words, no.
Sen. Risch: He did not order you to let it go?
Comey: Again, those words are not an order.
Sen. Risch: He said, “I hope.”
“Now, like me, you probably did hundreds of cases, maybe thousands of cases, charging people with criminal offenses and, of course, you have knowledge of the thousands of cases out there where people have been charged. Do you know of any case where a person has been charged for obstruction of justice or, for that matter, any other criminal offense, where they said or thought they “hoped” for an outcome?
Comey: I don’t know well enough to answer. The reason I keep saying his words is I took it as a direction.
Sen. Risch: Right.
Comey: I mean, this is a president of the United States with me alone saying I hope this. I took it as, this is what he wants me to do. I didn’t obey that, but that’s the way I took it.
Sen. Risch: You may have taken it as a direction, but that’s not what he said.
Comey: Correct.
Sen. Risch: He said, “I hope.”
Comey: Those are his exact words, correct.
Sen. Risch: You don’t know of anyone that’s ever been charged for hoping something, is that a fair statement?
Comey: I don’t, as I sit here.