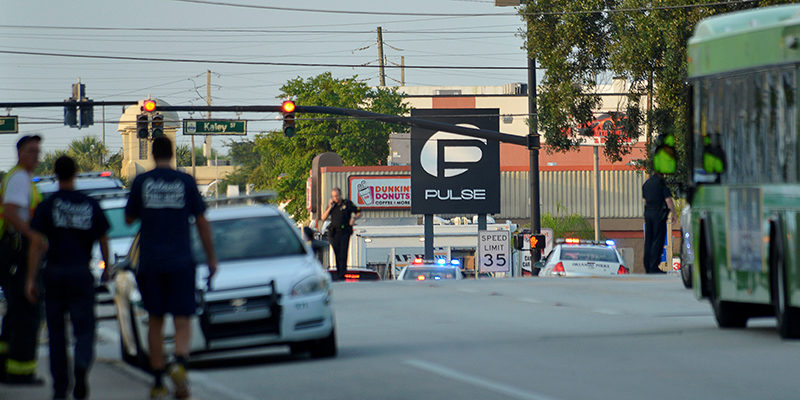 Disquieting developments are taking place all over the world in the name of popularising homosexuality, which is rendered unlawful and defined as an accursed sin by God in the Quran.

Last month, an openly gay man was assigned as a leader of the United States army for the first time. Starting his job as a secretary of the army, Eric Fanning has become the second highest-ranking official in the army’s chain of command after Secretary of Defence Ashton Carter. In this new era, soldiers have been given permission to openly declare their homosexuality. It is estimated that there are about 65,000 gay soldiers in the US army.

The winds of change in the US regarding homosexuality are not only seen in the military. Last year, openly gay diplomats were assigned to six ambassadorial posts.

Despite prompting criticism about this placement from the Catholic Church in the Dominican Republic, the US State Department did not step back.

Similar developments are taking place in Europe as well. In the United Kingdom, Theresa May, who supports homosexuality, is now the prime minister. In Scotland, many party leaders are either homosexuals or openly support it. Belgium, Luxembourg and Iceland are governed by homosexual prime ministers. There are homosexual administrators at every government level in the US, UK and Canada.

Hundreds of ministers, congressmen and diplomats in the European Parliament have openly admitted their homosexuality. In the past few days, the Dutch Education, Culture and Science Minister Jet Bussemaker declared her support for the European Queer Muslim Network at the Idaho Forum 2016. The Dutch government announced that it will fund the project for two years.

This recent change has put Muslim countries on the line as well. In the first stage, supporting homosexuality is imposed on the Islamic world as a requisite of modernity. Even though the commandment of the Quran clearly renders homosexuality unlawful, these people, with their “Muslim” identities still advocate it. Those who stand against this vile unlawful deed are labelled as bigoted or reactionary.

Another claim made by those who advocate this accursed deed is that homosexuality is not in contradiction with Islam or the Quran. The so-called scholars who come up with this claim immediately find support in the Western world. The global homosexual agenda defends these people and brings them into prominence. Both domestically and internationally, intense activity is carried out to lay the foundations of this impudence in Muslim societies. The purpose here is to turn Muslim communities into corrupted and degenerated societies.

However, homosexuality is an unlawful deed that is accursed by the verses of the Quran. (7:80-82, 7:68-75). Those who claim that the Quran does not forbid homosexuality should seek refuge in God from their slander.

Certain Western media organs claim that homosexuality was accepted by Islamic states in history and that anti-homosexuality emerged in the 20th century. These individuals hold up as examples the works or deeds of a handful of perverted poets and writers among billions of honest Muslims who lived in the past. However, for Muslims, the main source of Islam has only been the Quran for the past 1,400 years, and we learn our religion through the verses revealed to us by Almighty God.

Homosexuality becoming widespread among people is the harbinger of sociological problems and a social earthquake. The US Centers for Disease Control and Prevention reported that in the 61 per cent of new AIDS cases in 2009, the patients were homosexual.

Again, in the US, homosexuals constitute approximately 50 per cent of the annual suicide figure, whereas only 4 per cent of the population of the US is estimated to be homosexuals. A homosexual rights organisation named NAMBLA (North American Man/Boy Love Association) is pushing to decriminalise paedophilia. This is quite horrifying, because according to a study on child sexual abuse cases by the Los Angeles Police Department, 30,000 children suffered sexual abuse by homosexuals. Today, 90,000 children are adopted by so-called homosexual couples. Newspapers are full of stories of the sexual assault these children have been subjected to.

The Afghan-American who perpetrated the recent massacre in Orlando turned out to be a homosexual who carried out the shooting for revenge, yet this is not the only example. Six of the most notorious serial killers in the US are, or were, homosexuals. These murderers raped and tortured scores of men and then killed them, hacked them to pieces and burned them. These figures are only the tip of the iceberg as many crimes remain unknown or unsolved. These statistics do not include closet homosexuals.

As homosexuality becomes more and more widespread and widely accepted, the world will fall into even more terrible degeneracy and acts of violence will increase even further. The children raised by homosexuals will inevitably face psychological (and, possibly, physical) problems during their development, and as a consequence, a deeply troubled generation will rise.

Movies, books and articles that are being published for the purpose of legitimising homosexuality aim to deceive and conceal this terrible, deep-seated truth. The colourful flags are for hiding the dark reality behind this lurid world. Of course, we do not, in any way, condone any harm that will come to individuals because of their homosexuality. However, as Muslims, we are obliged to stand and warn against this depraved mentality and deed.

Today, in the world of fashion, art, and in Hollywood, a veritable homosexual dictatorship reigns supreme. To advance and become famous, young cadres are sometimes forced to become homosexuals or are encouraged in this direction. Under the guise of fashion, designers are feminising men and masculinising women.

The world of Islam is the target of ceaseless homosexual propaganda. Today, with dark propaganda spread through television, movies and the Internet, homosexuality is knocking on the door of Muslims around the world.

Islamophobia is being used as a means of blackmail to impose homosexuality on Muslims. The aim of this foul plan is to ruin, weaken, and, ultimately, eliminate the Islamic community by means of sexual perversion. However, with his words: “The thing that I most fear for my nation is the action of the people of Lot (homosexuality)”, our Prophet has set the course for good and sincere Muslims.

This foul alliance that tries to legitimise homosexuality, which is forbidden (haram), seeks to create a snobbish, homosexual, anarchistic, pseudo-intellectual and pretentious Muslim youth that does not hold national values dear, a young generation that contradicts and is ashamed of Islam.

They strive hard to render the world of Islam weak and defenseless; Muslims are being confronted with an agenda that is well-planned, well-organised, well-funded and unyielding. This agenda is determined to break the resistance of the Islamic world, just as they successfully broke the resistance of the Judeo-Christian world.

In the short span of 30 years, they have revolutionised the western world. They have a road map and their destination is set. Thus, it is highly important for Muslims to realise this danger and make no concessions regarding their Islamic values under any circumstances, regardless of all the deceptive propaganda being thrown our way. Staying true to the values of the Quran is the only way that will lead Muslims to their bright future.