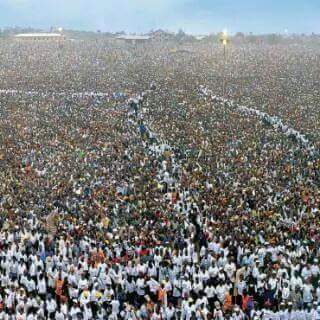 It is disheartening with the high number of drug abuse cases in kano, it is because of these cases that the previous government of Senator Kwankwaso established the kano reformatory institute where drug addicts are taken for rehabilitation, they spent a period of two months, the first month is for their medication while the second for training in a job they desire, this is one of the efforts of the previous administration in the fight against drug abuse.

Despite the efforts of the previous administration, it seems unrelenting by the current government fight against drug abuse. It’s number is continuously increasing, no one will doubt the effort of the task force committee on drugs that was set up by former governor Kwankwaso under pharmacist Ahmad Gana Mohammed, the committee fought the retailer’s, dealers and distributors of those drugs at sabon gari market, the serious commitment of this committee in the sealed, fining and arresting of pharmaceutical companies, pharmacy drug dealers and retailers that are operating illegally was commendable and has yielded positive, this has also reduced the high number of drug cases in kano.

This is one of the areas where Kwankwaso has reformed, he challenged drug dealers and distributors to come out of sabon gari market to sell their drugs, let them open a pharmacy as prescribed by the law, this is how it is done in developed countries, but when people are allowed to be selling drugs any how, the number of drug abuse will continue to be increasing, the current government should set up a similar commitee that will fight the illegal use of drugs in kano, it is doing more harm than good to our youths.

They are retailers and distributors of these illicit drugs.They go from ward to ward, and from area to area, and their targets are the youth and married women, the government of kano under Ganduje should stop this by all legal means.

I was phoned this morning by a security officer about the increasing rate of drug abuse in kano since after 29th may, it is like the Governor is not serious in curbing this, I hardly heard about him discussing it like the former governor but my question is the reformatory institue at kiru still functioning like before? What is the state of drug abuse in kano? this institute has helped in rehabilitation of many youths that engaged in such an illicit act.

It appears negative with the government unrelenting effort in the fight against drug abuse, married women and our youths engaged in such an act have become a source of worry not only to me alone but to a good citizen of kano.

It is not only happening on our streets but in our schools both secondary and tertiary ones, it is good for us the youths to embark on drug abuse campaign in our schools, we need to highlight its effects to the people, let them know the dangers of drug abuse for those involved. The government, Imams, Pastors, NGO’s and corporate organizations should take part in the campaign.

I am advising the government of Dr Ganduje to stop the open drugs market at Late Abubakar Rimi market, set up a drugs task force committee that will look into this, any drug dealer, retailer and distributors should operate in accordance with pharmaceutical laws,  the reformatory institute at kiru should be properly funded for the benefit of drug abuse victims, they are our children, brothers and sisters. Let the government take a serious action on this, it should also be organising a monthly sensitization lecture on the dangers of drug abuse to our youths.

The popular areas that become the center of this addicts should be stopped, let the government launch a full pledged war against drug dealers and addicts, anyone found guilty of drug offence should be arrested and get prosecuted.