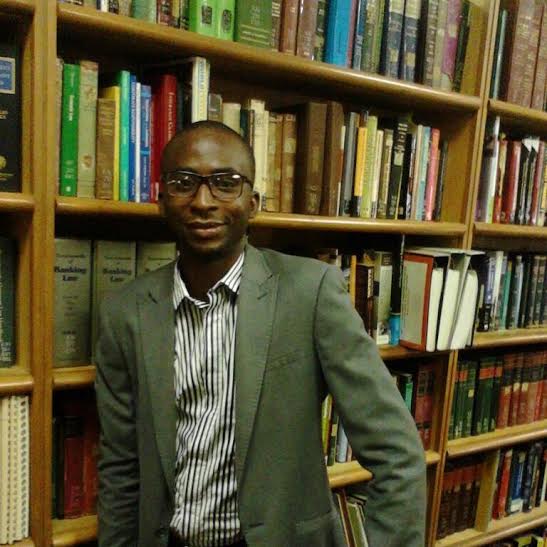 In July 2011, I was set to defend my project for the award of an LLB in law at the Faculty of Law, Nnamdi Azikiwe University, Awka. I had written my long essay on the topic “Promoting international Criminal Justice and the Role of the International Criminal Court (ICC)”.

I had barely taken my seat when the first member of the defence panel fired what has become the African question “Why is the ICC obsessed with Africa and African leaders?” Before I could answer the question, the only female member of the panel asked “Why is it that only African leaders (referring to Charles Taylor and Laurent Gbagbo) are hurled before international tribunals for war crimes trials?”

I had answered by saying that the “alleged interest” of the ICC in Africa is commendable considering the turbulence of savage wars, genocide and widespread human rights abuses of the 1990s and early period of the 21st century in Africa. “The Rwandan genocide”, I remember I had said “is still blamed on the United Nation’s (UN) lame duck peace keeping force which stood by and did nothing while over a Million Rwandans were massacred. If the ICC or the West as we allege is taking too much interest in Africa, it is hypocrisy to condemn them since we will still blame them if they look the other way”.

The news of the near arrest of Omar Al-Bashir during the African Union (AU) summit in South Africa has opened a flood gate of debates on the propriety of bundling African leaders to the ICC to answer for their crimes against their own people. Many Africans see the ICC as a neo-colonial institution created by the US to whip “stubborn” African leaders into line.

The ICC, A Creation of the US?

After the end of the cold war, The UN General Assembly had mandated the International Law commission (ILC) to prepare a draft paper on the concept of an international criminal court.

The ILC submitted its final draft statute to the UN General Assembly in 1994 and this was followed by 4 long years of deliberations by various countries’ delegates to the United Nations Diplomatic Conference of Plenipotentiaries on the Establishment of an International Criminal Court.

The final draft of the Rome Statute was adopted by a vote of 127 state delegates against 7 votes with 21 abstentions. The treaty came into force on 1st July 2002 after it received its sixtieth ratification.

It’s ironic that the US which championed the creation of the ICC led the 7 states that voted against the final draft of the Rome Statute due to what it termed “fundamental concerns” over the powers of the Court to try US Servicemen serving in peacekeeping missions abroad.

The Clinton Administration signed the Rome Statute in December 2000 but never sought Congress ratification. However, following failed efforts to amend the statute to address the concerns raised by the US, the latter under the Bush administration publicly nullified its signature to the treaty and thus ceased to be a member of the ICC.

Russia and China like the US are not members. However, the UN Security Council can refer matters to the ICC for investigation and trial under the treaty.

How Does the ICC Work?

The ICC works via a system of complementarity. Under this model, state parties undertake to prosecute perpetrators of war crimes, genocide, crimes against humanity and aggression under using national laws and institutions but where state parties are unable to do so, the ICC could come in handy to try such perpetrators.

The Structure of the ICC

The ICC just like any international organization has a structure that guarantees its efficiency, independence and impartiality. Its structure comprises 4 major organs viz; the presidency, the Divisions, Office of the Prosecutor (OTP) and the Registry.  There is also the Assembly of State Parties (ASP) which is the organization’s management oversight and legislative body and comprises representatives of state parties.

The presidency administers the court, while the Divisions carry out the judicial functions of the court at investigation, trial and appeal and is divided into the Pre-Trial, Trial and Appeal Divisions.

The Office of the Prosecutor is an independent organ saddled with receiving referrals for investigation or prosecution of crimes. The Registry is an organ charged with the non-judicial administrative duties.

ICC, the World or an African Court?

Although all the ICC cases are or have been from Africa, most of the cases are self referrals due to the inability of the African countries to punish the perpetrators. The Democratic Republic of Congo was the first country in Africa to refer a matter to the ICC for investigation and prosecution. Uganda and the Central Africa Republic (CAR) were to follow.

The situation in Dafur Sudan and Libya werevia the UN Security Council referrals, while the Kenyan and Ivorian situation and were initiated by the OTP.

Former Peruvian dictator Alberto Fujimori is currently serving a 35 year sentence for crimes against humanity, Augusto Pinochet battled till he breathed his last in his old age to wade off facing trial for his atrocities during his reign as head of state in Chile. The former Prosecutor of the ICC Luis Moreno-Ocampo led the legal battle against Argentina’s ex-military leaders for their atrocities while in power.

African leaders who are the definition of impunity would rather blackmail the ICC with charges of partiality than develop independent institutions that can punish perpetrators of impunity.

The non-prosecution of the leaders of the US over their illegal war in Iraq is often cited as an example of the double standards of the ICC. My response to such arguments is that no US President is above the law of the US as could be seen by Richard Nixon’s forced resignation and near prosecution following the Watergate scandal. So if African leaders can allow for a system that could make them liable to sanctions for a breach of their own national laws, then the ICC would be unnecessary.

The South African government would rather disobey its own court and let an international fugitive escape justice for genocide against black Africans in the spirit of “African” solidarity. How absurd!

It is hypocrisy for Africans who would be likely victim of their leaders’ impunity to oppose the idea of African leaders being made to face trials for their crimes. I doubt if the millions of people lost in the Rwandan genocide or the victims of Darfur care anything about African pride as they look anywhere for justice (even from the devil).

The attempt to portray the ICC as a tool of western control and influence in Africa falls flat in the face of the fact that the ICC is dominated by third world countries. The current prosecutor is Ms. Fatou Bensoudaa Gambian and succeeded Luis Moreno-Ocampo from Argentina.

Africans needs the ICC more. It’s hypocritical when ordinary Africans criticise the ICC for trying to save them from perpetrators of impunity and deter future perpetrators too. Though I would rather we had stronger mechanisms to try such leaders in at home but if wishes were horses beggars would ride.

If we can’t channel our criticisms to ensure such national institutions  are in place, then the question is should we allow these leaders go free with the blood on their hands  or ensure justice is done to the victims of such impunity through whatever forum?

Africans who are the victims of impunity and would trek through the deserts and risk drowning at sea to escape from the same leaders the ICC seeks to punish or deter, for a refugee life in Europe supporting the position to stop hauling murderous African leaders to face trial for their actions display nothing but a severe case of Stockholm Syndrome.

It is therefore my humble opinion that Africa and Africans needs the ICC more it needs us. It is clear third world countries dominate the membership of the ICC. Out of the 123 state parties, there are 34 African countries, 19 Asian and 27 Caribbean and Latin American Countries. Only 22 countries of Western Europe are state parties, thus giving developing countries a strong dominance. The charge that the ICC is therefore a tool of western imperialism is therefore false.

Furthermore, the eventual withdrawal of the charges against President Uhuru Kenyatta of Kenya following his brief trial by the Court for lack of evidence to link him with the electoral violence that followed the conduct of the 2007 general election is further proof of the Court’s impartiality. Uhuru Kenyatta’s eventual discharge puts another lie to the fear that African leaders going to the Court would amount to such leaders jumping to their death.

The ICC had made a lot of gains in Africa but same is being eroded with the current belligerence and non-cooperation with the Court. Under the ICC, the atrocities of the Lord’s Resistance Army (LRA) Rebels in Uganda became a global issue with renewed push to bring the leaders of the LRA to justice for their crimes especially the abduction of children for use as child soldiers and sex slaves.

Kenyan and Nigerian politicians in their recent general elections had the threat of being hauled before the ICC dangling over their necks like the sword of Damocles and thus the elections and transitions were relatively more peaceful than previous elections.

However, Burundi is set to explode, the CAR has been in turmoil, South Sudan is still a cause for concern and Rwanda if nothing is done might be returning to its past with the ambition of Kagame to continue in power at all costs.

It is the ordinary Africans that would still be the victims of the power struggles in these countries not Europeans or Americans. So I conclude by saying that we need the ICC more than it needs us.

Maduka Onwukeme is a Lagos based Legal Practitioner. He blogs on www.legalfido.com and can be reached on [email protected]