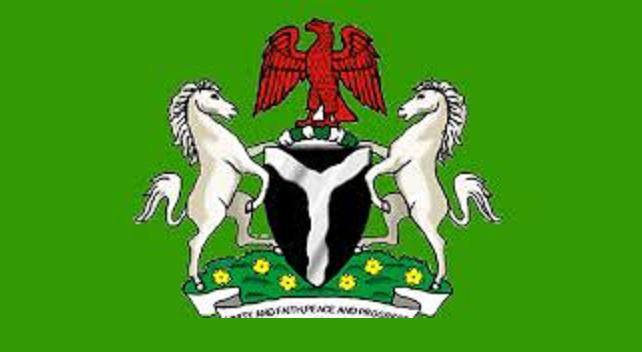 The advent of local government administration in Nigeria took off in an unpopular manner when it was vested in the hands of traditional authorities during the colonial era. Post-Independence era was followed with the importance of bringing the local government system to the limelight.

Over the years, efforts have been geared towards democratizing the local government and make it more responsive to developmental needs but proved abortive.

The Federal Republic of Nigeria has defined local government as “Government at local level exercised through councils established by law to exercise specific powers within defined areas”.

The 1999 Constitution of the Federal Republic of Nigeria, in its fourth schedule, section 7 sub section 1 and 2 clearly spelt the functions of local government as follows;

(a) the consideration and the making of recommendations to a State commission on economic planning or any similar body on –
(i) the economic development of the State, particularly in so far as the areas of authority of the council and of the State are affected, and
(ii) proposals made by the said commission or body;
(b) collection of rates, radio and television licences;
(c) establishment and maintenance of cemeteries, burial grounds and homes for the destitute or infirm;
(d) licensing of bicycles, trucks (other than mechanically propelled trucks), canoes, wheel barrows and carts;
(e) establishment, maintenance and regulation of slaughter houses, slaughter slabs, markets, motor parks and public conveniences;
(f) construction and maintenance of roads, streets, street lightings, drains and other public highways, parks, gardens, open spaces, or such public facilities as may be prescribed from time to time by the House of Assembly of a State;
(g) naming of roads and streets and numbering of houses;
(h) provision and maintenance of public conveniences, sewage and refuse disposal;
(i) registration of all births, deaths and marriages;
(j) assessment of privately owned houses or tenements for the purpose of levying such rates as may be prescribed by the House of Assembly of a State; and
(k) control and regulation of –
(i) out-door advertising and hoarding,
(ii) movement and keeping of pets of all description,
(iii) shops and kiosks,
(iv) restaurants, bakeries and other places for sale of food to the public,
(v) laundries, and
(vi) licensing, regulation and control of the sale of liquor.
2. The functions of a local government council shall include participation of such council in the Government of a State as respects the following matters –
the provision and maintenance of primary, adult and vocational education;
(b) the development of agriculture and natural resources, other than the exploitation of materials
(c) the provision and maintenance of health services; and
(d) such other functions as may be conferred on a local government council by the House of Assembly of the State. (FRN Constitution of 1999).

Adamolekun, L.(1979) stated “what distinguishes the 1976 local government reforms from all previous reform exercises in the country is the formal and unequivocal recognition of local government as constituting a distinct level of government with defined boundaries, clearly stated functions and provisions for ensuring adequate human and financial resources”. He further opined “All the other aspects of the reform flow from this fundamental innovation and the success or failure of the entire reform exercise will depend on the extent to which the new local governments succeed in becoming an effective level of government after the federal and state levels.

The Dillon rule which was derived from written decision of Judge John F. Dillon of Iowa in 1868 and is the cornerstone of American municipal law maintains that a political subdivision of a state is connected to the state as a child is connected to a parent. Dillon’s Rule is used in interpreting state law when there is a question of whether or not a local government has a certain power. Dillon’s Rule narrowly defines the power of local governments.

Local government is an unavoidable tier of government in Nigeria’s federal structure as stipulated in section 7(1) and 7(6a) of the 1999 Constitution.

The desire for the birth of local government anywhere in the globe stems from the need of developing the grassroots and get governance close to the people.

Nevertheless, the global desire is being subjugated by attitude of the federal and state government.

Meanwhile, the 1999 Constitution of Federal Republic of Nigeria,

At the local level, the local government chairman is charged with preparation of budget with inputs from councilors and local bodies. It is then approved by local legislature, which is presented to the State Governor for approval.
The bureaucracy involved will tell that getting final approval may involve too much interest queries as state governors, political parties and top party chieftain may believe in having their return as regards to the efforts geared towards the enthronement in office.
It is appalling that state governors who decide the local government fiscal allocation and utilization have continued to man the local government establishment.

The Senate recently passed a bill for an act to further alter the provision of the 1999 Constitution of the Federal Republic of Nigeria and for other matters connected therewith, 2013.

The committee proposed a total of 31 clauses affecting 26 sections and second schedule of the 1999 constitution.
From the 31 clauses set out, 13 were passed while 10 did not scale through.

Among the ones not passed is the alteration of section 162 of the constitution to provide for direct payment to the local government from the federation account.

As 73 Senators are required to vote in support for any clause to be passed. 99 Senators registered to vote and only 59 voted in favour of granting autonomy to the local government while 38 voted in retention of the extant law. Two Senator abstained from voting.

The term, Autonomy is frequently used in democracy and development debate in Nigeria.
Granting autonomy underline the goals of achieving;
(i) Participation of people in the governance.
(ii) Institutionalization­­­­ of the process of equitable development.
(iii) Capacity building for local government to sustain power and responsibility necessary to formulate and carryout plans and programs.
(iv) Development of local leadership capable of addressing local needs and concerns.
(v) Building partnership with civil society.
(vi) Exposing the democratic attributes of transparency and accountability.

The desire for local government autonomy is a policy instrument to strengthen democracy and to consolidate development from the base requires continuous assertion of people in public policy.

This becomes possible if Nigeria’s developments discourse, which is now being wholly influenced by internal and external forces looks inwards, to reflect local needs and aspirations and if the Federal Government, Local and International Non-Governmental Organizations and Donors, who have the inclination to establish counter structures at the grassroots, are attuned to the need for local leadership growth, capital accumulation, entrepreneurship and increased participation of people in grassroots governance.

The capacity of autonomy to serve as a pillar of local government that are accountable to the electorate and capable of promoting public goods and services equally entails a balance in macro and micro institutions of governance.

The Paradox of Local Government Autonomy

One contemporary paradox of Nigerian politics is that the disempowerment of the local government erosion of its stability, autonomy and embeddedness did not provide for empowerment of the civil society or contribute to the overall development goal set in the Nigerian constitution.

The other paradox is that without a strong democratic government, devolution of power/autonomy could not be possible. But a strong government with weak democratic credentials will, of necessity, hijack the local government power and authority.
Nigeria’s case is cumbersome as it is heavily dependent on the National Assembly and it States Counterparts for its development and is facing pressure exerted by Nigerian Union of Local Government Employee (NULGE) and concerned citizens for faster decision.

Unmediated by constitutional norms and an absence of a buffer to salvage the poor and powerless has produced growing inequality, social polarization and political instability.
Without an important component of a democratic state, such as (Executive, Legislature, and Judiciary), rule of law and public policy, the politics of local government autonomy seem only to tinker with the symptoms of Nigeria’s development problem.

Local government autonomy has been held up by the National Assembly and the various States government and therefore requires a focus on rebuilding the country in a new way, a way that is expected to promote an efficient state with widespread and enduring social project on local development.A democratic state is expected to direct public resources with respect and a sense of responsibility and produce a greater amount of human welfare.

Granting full autonomy to the grassroots helps ensure the participation of the less empowered population in the planning, execution and monitoring of social and economic development.

Nnaemeka Kevin Umenzeakor graduated from the Political Science Department of the Anambra State University and is currently doing the National Youth Service Corps programme with the Nigerian Institute of Social and Economic Research (NISER), Ibadan, Oyo State from where he sent this piece