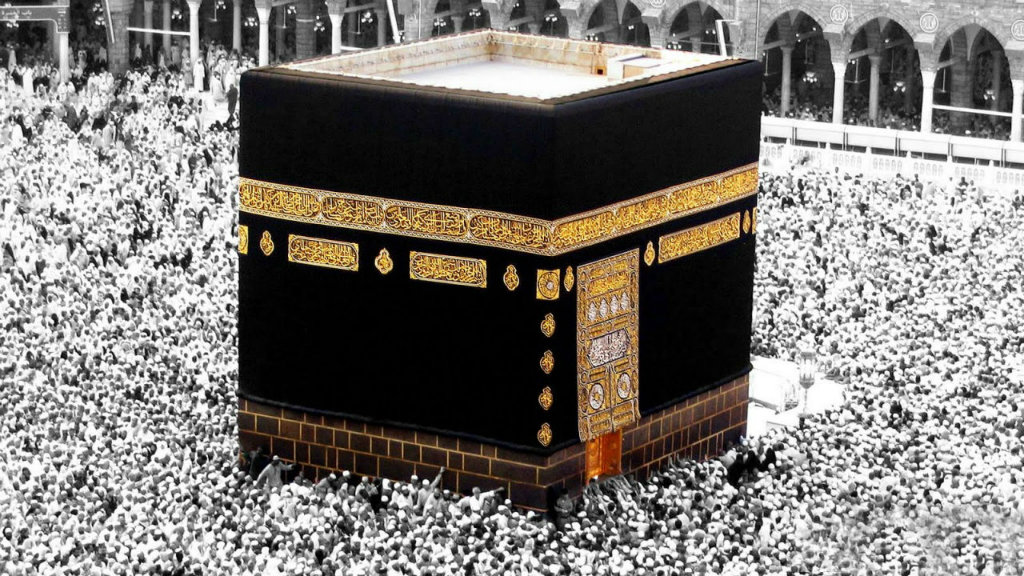 Since the Gulf War of 1991, Muslims have been drawn into separation, conflict, dissent and civil war. International news agencies publish a new map of the Middle East or showcase new political models for North Africa almost on a daily basis.

On these maps, Iraq and Libya are divided into three regions while Iran and Yemen are divided into two while the borders of a communist Kurdish state, that will be founded in the territories that are to be extracted from Turkey, are drawn.

As for Syria, how many regions it will be divided into differs from map to map. Some go further and include plans for Egypt and Pakistan on the list of the countries to be divided. And a part of the world shapes its political policies upon these separation plans.

When the newly-drawn maps are overlaid on top of the world’s oil fields, we notice the perfect congruence with not only the oil fields, but also the three sea routes that are used for delivery to the world.  In other words the circles of separation coincide perfectly with the newly-drawn boundaries that include these oil fields and the routes for their deliveries.

The most significant oil fields in the world are within the countries that are planned for division.  Those who plot these maps are determined to sacrifice the Islamic world for the sake of oil interests.

What these maps imply is that non-Muslims make the decisions concerning the Islamic countries of the Middle East and Africa. So long as we stand divided, they will continue to make the decisions. As they are not familiar with the region and do not know its people well, they will further their advance through destructive methods.

Since the solution options mostly favour military action, the problems grow continuously. The cost for the last 10 years in the Islamic countries and Muslims as a whole has been 6mn dead, and more than 10mn immigrants.

However, we Muslims have no right to blame anyone but ourselves. For example, Muslims have been unable to come up with a solution concerning the Syrian civil war. There is no Muslim plan in existence to stop the bloodshed in Iraq. No common policy regarding the future of Libya can be carried out. There is no consensus regarding the Sunni-Shia conflict.

The world of Islam can produce solutions for its own problems. Especially regarding the most vital issues, countries can come together and take a mutual decision. International organisations such as the Organisation of Islamic Co-operation can offer realistic solutions.

There are only a handful of countries that can lay the foundations of a union that will ensure co-operation within the Islamic community. Saudi Arabia, Egypt, Turkey and Iran can assume this responsibility. These four countries possess the historical, social, economic, and cultural background that will help them overcome difficulties.

What should be done is to cast aside the differences and disagreements and meet on common grounds. Otherwise, separation in the clutches of interest groups is what awaits the Islamic world.

In many ways, Egypt, along with Turkey, is at the centre of the Islamic world. It shares 500 years of common history with Turkey. Many times throughout history they stood by each other, and fought together against a common enemy. Side by side, they fought against the armies of Napoleon, Czarist Russia and the English Imperialism. The course these two great Islamic states should pursue is to act in unison.

Egypt is at the heart of the world’s most important trade route. The Suez Canal is one of the two gateways to Mediterranean, and also the trade route of East and Southeast Asia as well as many Islamic countries. Egypt is responsible for the safety of the Canal and the Red Sea.

A gateway to the sea lanes, the Gulf of Aden is under fire due to the Yemeni civil war on one coast, and the domestic turbulences within Somalia on the other. The region has become swarmed with pirates. It is quite apparent that a solution to these conflicts should be developed immediately. Egypt can lead the way in this regard allying with other Islamic countries.

Likewise, the agreement reached with Saudi Arabia and the Saudi–Egypt Causeway is a project that will make pilgrimage easier, link the whole region through railways, and secure Egypt’s support for the Islam army.

Since it will strengthen the peace in the region and the alliance among Muslims, this project is to the benefit both the people of these two countries and the Islamic community as a whole. It will reinforce the safety of the Red Sea and help end the Yemeni civil war in the medium term. Increasing the number of such multi-national projects will also enhance the solidarity among Muslims.

To date, there have been rough patches in the relationship between Egypt and Turkey, yet it is a fact that these two countries will lead the way in establishing Islamic unity. Both the Turkish people and the Turkish government are friends of Egypt. It is time to reinforce this friendship and enhance the collaboration between these two nations.

The Islamic Co-operation Meeting that was held in Istanbul with the participation of Egypt’s minister of foreign affairs is a promising development in this regard. However,  efforts towards this atmosphere of friendship and brotherhood should gather pace.

The Islamic community is in urgent need of coalition and alliance. The Islam army project led by Saudi Arabia is making progress. Turkey and Egypt are the two countries who can be the foremost supporters of this army. The Islam army will be a deterrent force; it will not encourage war, but uphold the safety of the Islamic world.

Today, while countries belonging to separate cultures, religions and languages should come together and form an alliance, the shame of the dissent and division among Muslims, who have lived together for centuries and who belong to the same religion and turn towards the same Qibla, belongs to us all.

Muslims are the guardians of each other. The safety and welfare of the Muslims can only be achieved when all fellow Muslims come together in solidarity.