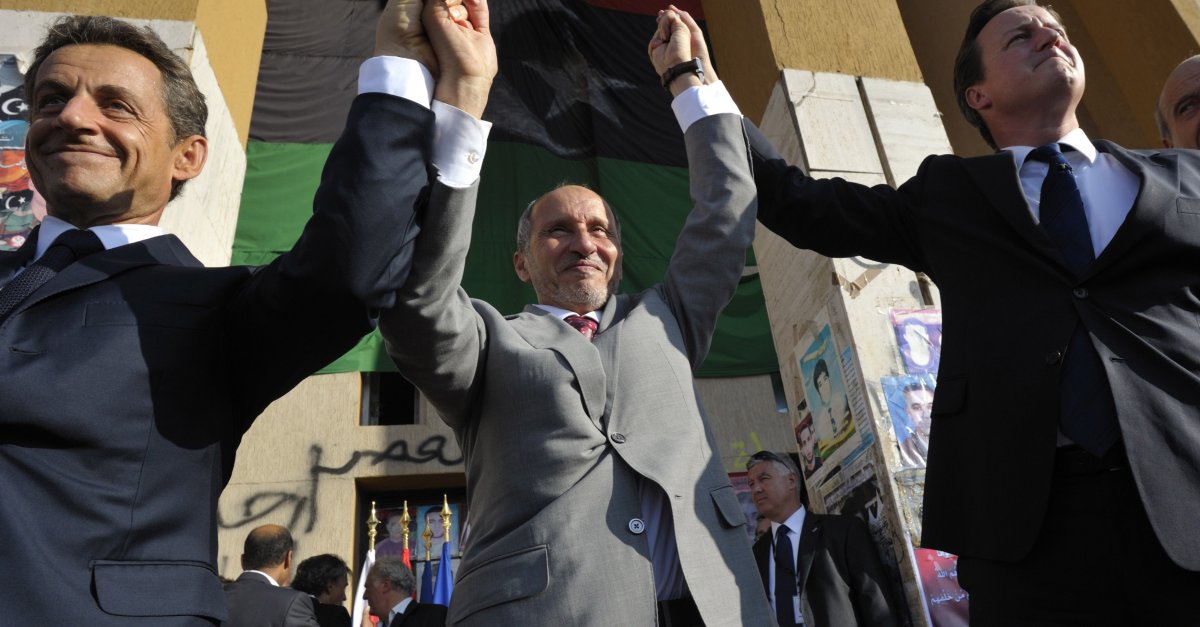 The immediate aftermath of the NATO bombing of Libya was a time ofhigh gloating. Just as Iraq War advocates pointed to the capture and killing of Saddam Hussein as proof that their war was a success, Libya war advocates pointed to the capture and brutal killing of Muammar el-Qaddafi as proof of their vindication. War advocates such as Anne-Marie Slaughterand Nicholas Kristof were writing columns celebrating their prescience and mocking war opponents as discredited, and the New York Times published a front-page article declaring: “U.S. Tactics in Libya May be a Model for Other Efforts.” It was widely expected that Hillary Clinton, one of the leading advocates for and architects of the bombing campaign, would be regarded as a Foreign Policy Visionary for the grand Libya success: “We came, we saw, he died,” Clinton sociopathically boasted about the mob rape and murder of Qaddafi while guffawing on 60 Minutes.

Since then, Libya — so predictably — has all but completely collapsed, spending years now drowning in instability, anarchy, fractured militia rule, sectarian conflict, and violent extremism. The execution of Saddam Hussein was no vindication of that war nor a sign of improved lives for Iraqis, and the same was true for themob killing of Qaddafi. As I wrote the day after Qaddafi fled Tripoli and Democratic Party loyalists were prancing around in war victory dances: “I’m genuinely astounded at the pervasive willingness to view what has happened in Libya as some sort of grand triumph even though virtually none of the information needed to make that assessment is known yet, including: how many civilians have died, how much more bloodshed will there be, what will be needed to stabilize that country, and, most of all, what type of regime will replace Qaddafi? … When foreign powers use military force to help remove a tyrannical regime that has ruled for decades, all sorts of chaos, violence, instability, and suffering — along with a slew of unpredictable outcomes — are inevitable.”But the much bigger question was when (not if, but when) the instability and extremism that predictably followed the NATO bombing would be used to justify a new U.S.-led war — also exactly as happened in Iraq. Back in 2012, I asked the question this way:

We now have our answer, from the New York Times:

Worried about a growing threat from the Islamic State in Libya, the United States and its allies are increasing reconnaissance flights and intelligence collecting there and preparing for possible airstrikes and commando raids, senior American policy makers, commanders and intelligence officials said this week. … “It’s fair to say that we’re looking to take decisive military action against ISIL in conjunction with the political process” in Libya, [Joint Chiefs of Staff Chairman General Joseph] Dunford said. “The president has made clear that we have the authority to use military force.”

Just as there was no al Qaeda or ISIS to attack in Iraq until the U.S. bombed its government, there was no ISIS in Libya until NATO bombed it. Now the U.S. is about to seize on the effects of its own bombing campaign in Libya to justify an entirely new bombing campaign in that same country. TheNew York Times editorial page, which supported the original bombing of Libya, yesterday labeled plans for the new bombing campaign “deeply troubling,” explaining: “A new military intervention in Libya would represent a significant progression of a war that could easily spread to other countries on the continent.” In particular, “this significant escalation is being planned without a meaningful debate in Congress about the merits and risks of a military campaign that is expected to include airstrikes and raids by elite American troops” (the original Libya bombing not only took place without Congressional approval, but was ordered by Obama after Congress rejected such authorization). 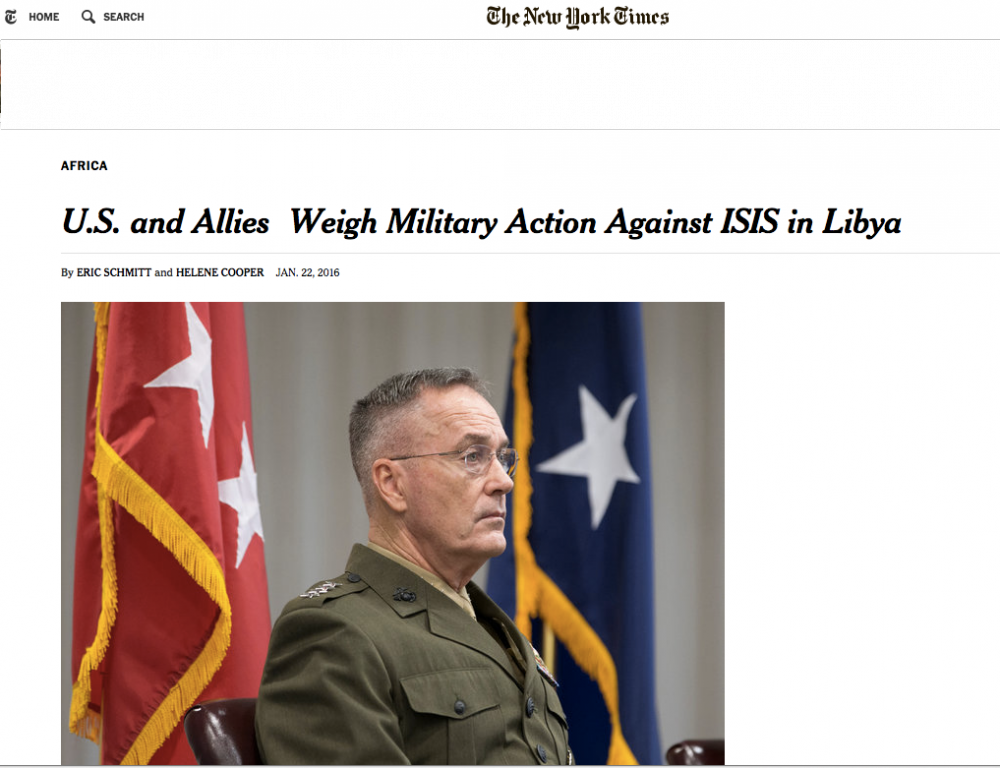 This was supposed to be the supreme model of Humanitarian Intervention. It achieved vanishingly few humanitarian benefits, while causing massive humanitarian suffering, because — as usual — the people who executed the “humanitarian” war (and most who cheer-led for it) were interested only when the glories of bombing and killing were flourishing but cared little for actual humanitarianism (as evidenced by their almost complete indifference to the aftermath of their bombing). As it turns out, one of the few benefits of the NATO bombing of Libya will redound to the permanent winners in the private-public axis that constitutes the machine of Endless Militarism: It provided a pretext for another new war.