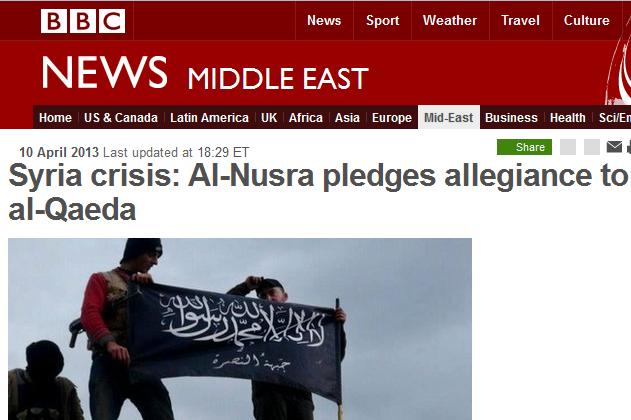 Russia, a close ally of Syria, is expected to use its veto power to block a resolution, setting up a possible diplomatic showdown.

Foreign Minister Sergey Lavrov insists there is no proof yet Syria’s government is behind the chemical weapons attack. The ministry accused Washington of trying to “create artificial groundless excuses for military intervention.”

NEW YORK – As the U.S. considers a response to what it calls a chemical weapon attack by Syria’s Bashar al-Assad regime that killed hundreds of civilians, reliable Middle Eastern sources say they have evidence the culprits actually were the rebel forces trying to take over the government. Secretary of State John Kerry accused the Assad government Monday of covering up the use of chemical weapons in “a cowardly crime” and a “moral obscenity” that shocked the world’s conscience. Kerry claimed the Obama administration had “undeniable” evidence “that the Assad government was culpable in the use of chemical weapons on civilians” in the Aug. 21 attack in Damascus suburbs. Reports that the Obama administration is considering a military strike against the Assad government continued to circulate Monday.

Meanwhile, U.N. weapon inspectors in Syria were fired upon by snipers as they attempted to investigate the site of the Aug. 21 attack. Assad has rejected charges that his government forces used chemical weapons as “preposterous” and “completely politicized,” the Los Angeles Times reported. He argues Syrian forces were in the targeted area. “How is it possible that any country would use chemical weapons, or any weapons of mass destruction, in an area where its own forces are located?” Assad asked in the interview with Izvestia, according to a translation provided by Syria’s official news agency and published by the Los Angeles Times. “This is preposterous!

These accusations are completely politicized and come on the back of the advances made by the Syrian Army against the terrorists.” Rebel attack? With the assistance of former PLO member and native Arabic-speaker Walid Shoebat, WND has assembled evidence from various Middle Eastern sources that cast doubt on Obama administration claims the Assad government is responsible for last week’s attack. A video posted on YouTube, embedded below, shows Free Syrian Army, or FSA, rebel forces launching a Sarin gas attack on a Syrian village.

Another video posted on YouTube shows what appears to be Syrian rebel forces loading a canister of nerve gas on a rocket to fire presumably at civilians and possibly government forces. As seen below, a screen capture from the video shows rebel civilian forces placing a suspicious blue canister on top of a rocket-launching device. A separate YouTube video from Syrian television shows a government-captured arsenal of what appears to be nerve gas weapons seized from a rebel stronghold in Jobar, Syria.

The image below shows canisters in the seized rebel arsenal from Jobar that appear to resemble the canister launched by rebel forces in the first image above. Syrian TV news report of rebel weapons seized in Jobar, Syria A close-up from the Syrian television news report, seen below, shows a chemical agent identified as having been made by a “Saudi factory.” A report from the Russian Arabic-language channel RT Arabic shows captured rebel arsenals apparently with chemical agents manufactured in Saudi Arabia and gas masks, supporting Russian claims that the rebels are the culprits in the alleged chemical attack.

On Aug. 23, LiveLeak.com hosted an audio recording of a phone call broadcast on Syrian TV between a terrorist affiliated with the rebel civilian militia “Shuhada al-Bayada Battalion” in Homs, Syria, and his Saudi Arabian boss, identified as “Abulbasit.” The phone call indicates rebel-affiliated terrorists in Syria, not the Assad government, launched the chemical weapons attack in Deir Ballba in the Homs, Syria, countryside. The terrorist said his group, which comprises 200 terrorists escaped from al-Bayadah to al-Daar al-Kabera through a tunnel, needed to buy weapons to attack Homs.

The Saudi financier, who was in Cairo, asked the Syrian terrorists to give details about his group and how it will receive the money. The Saudi admitted his support to terrorists in Daraa and the Damascus countryside. The Syrian terrorist told him that one of the achievements of his “battalion” was the use of chemical weapons in Deir Ballba. The recorded phone call disclosed the cooperation between two terrorist groups in Syria to bring two bottles of Sarin Gas from the Barzeh neighborhood in Damascus. Russian media sources have consistently reported Syrian military have discovered rebel warehouses containing chemical weapons agents and have documented rebel chemical weapons attacks on the Syrian civilians the military. source