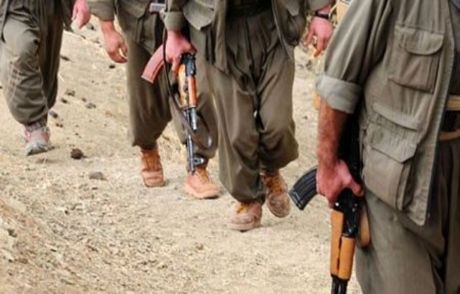 PKK media spokesmen and some leftist writers have recently been trying to draw a comparison between the PKK and the IRA. Their intention is to mislead the Turkish people and thus weaken opposition to the PKK and to force the government to an agreement dictated by the PKK terror organization on its own terms. The fact is, however, that there is no historic, ideological, cultural or goal oriented resemblance between the United Kingdom and the Republic of Turkey.

The movements that can be compared or regarded as “identical” to the PKK are Marxist terrorist organizations such as the Shining Path in Peru, the Revolutionary Armed Forces of Colombia, the Japanese Red Army and the German Red Army Faction. They all sought to establish a Marxist-Leninist world order under their own leadership.

There Is No Historical Similarity between the IRA and the PKK

The roots of the IRA, a representative of Irish nationalism in the 20th Century, go back very far. King Henry VIII, who founded the Anglican Church by breaking away from the Catholic Church of Rome, suppressed the first Irish rebellion and declared himself King of Ireland. While the Anglican church was exposed to changes under the influence of Martin Luther and Protestantism in the 17th Century, Ireland still remained staunchly Catholic : Separatism  in Ireland thus also acquired a religious identity. In the 19th Century, Wolfe Tone, the father of modern Irish nationalism, set out to prevent discrimination against Catholic and Presbyterian Irish people.

The Republic of Ireland and its parliament were founded under the leadership of deputies from Sinn Fein, the political wing of the IRA. Three quarters of the island of Ireland came to represent the Irish Free State at the end of a three-year war of independence. The northern part of the island closest to Great Britain remained part of the U.K. as Northern Ireland.

The Irish nationalists were not satisfied with the Irish Free State’s dominion status as a part of the Commonwealth; they simply wouldn’t accept North Ireland being a part of the UK. The IRA independence movement – a movement that would persist throughout the second half of the 20th Century  – went underground.

Power in Northern Ireland following separation remained in the hands of Irish Protestants loyal to the Crown, or Loyalists: Catholic nationalists remained a minority. Therefore, although the Irish independence movement fought to see Northern Ireland removed from British rule and united with the rest of Ireland, the movement never enjoyed full grassroots support.

Differences between the IRA and the PKK

1. There is no similarity between the historical roots of the IRA and those of the PKK. Irish nationalists fought the British Crown tooth and nail for 500 years, while the Kurdish people – whom the PKK does not in fact represent at all, and can never do so – spent hundreds of years loyal to the Caliphate and the Ottoman Empire. They fought shoulder to shoulder with our Arab, Turkish and Circassian Muslim brothers and spent their lives under the banner of Islam. The Kurdish nation produced commanders like Saladin Ayubi and Islamic scholars such as Said Nursi. There has never been a movement seeking the well-being of the Kurdish nation alone at any time in history.

2. The PKK’s armed struggle is part of the Middle East equation. The region has some of the world’s richest oil reserves and the PKK’s sphere of influence also includes Iraq and Syria; this area has been a battleground for the last 20 years. Alliances are constantly being reshaped in the region, and day-to-day policies predominate. The PKK makes the very greatest use of this climate of uncertainty. One day it is fighting with Barzani, the next allied against ISIL. The PKK plays its hand to make political, military and economic gains.

3. The Irish independence movement, on the other hand, is largely isolated from global politics; it is limited to the island of Ireland. Apart from a handful of Irish migrants in America it has no international dimension. The global secret state that wishes to see turmoil in the Middle East supports the PKK with all its might. The IRA, on the other hand, is more of a local organization. Nobody apart from Gaddafi, who was in a political fight against Britain, has ever supplied it with arms.

4. The IRA is a sectarian based movement confined to the streets of West Belfast. Before the Belfast Agreement it was estimated to have 750 members, 300 of them active. A total of 2,000 weapons were turned over during the much-vaunted disarming of the IRA. One thousand rifles, 100 pistols, 30 machine guns, five rocket launchers and 100 hand grenades were recorded. According to a report published by the Turkish Armed Forces in 2007, 12,000 Kalashnikovs, 5,800 rifles and 1,700 rocket launchers were seized from the PKK. There is no sound information available concerning the organizations entire stock of weapons. There is a huge gulf between the IRA and the PKK in terms of manpower and fighting capabilities.

5. The IRA is an urban nationalist movement that is careful not to antagonize Catholic Christianity. The PKK, however, is an atheist, anti-religious, communist movement active in rural areas.

6. The IRA exists as an underground movement, whereas the PKK has reached the level of establishing its own court, establishing road blocks and carrying out ID checks. The PKK enjoys support from communist parties around the world, Marxist ideologues and communist militants. The PKK receives external aid in the form of guns and money, organizes drugs and people trafficking, demands money with menaces from businessmen in Turkey and Europe under the rubric of ‘taxes’ and kidnaps people for ransom.

7. The Communist ideology uses terrorism, threats and violence as a means to an end on the path of revolution. All communist revolutions, from Russia to Cambodia to Vietnam, were forged in bloodshed, ruthlessness and savagery. The PKK is a continuation of that same ruthless mentality. The IRA has never burned entire villages to the ground; it has never cold-bloodedly murdered babies in their cribs or pregnant women. As for the PKK, some 17,000 militants have been killed in internal executions. Hundreds of thousands of Kurds have been displaced because of the PKK.

Great Britain achieved its desired outcome by playing an active role within the peace process. In particular, it ensured that a great many Irish people were opposed to the IRA. It educated the population and made use of local propaganda channels. Just like the IRA, it set up Loyalist paramilitary organizations (UUP, UDA and UVF). It caused splits within the IRA: From the 1950s on, it organized a number of splits including splinter groups such as the Original IRA, the Real IRA, the Provisional IRA and the Continuity IRA. It kept independence movements at arm’s length from the Irish people for 50 years. It ensured that its own security forces were always in control of the streets in the North . Those in favor of independence were thus always marginalized and enjoyed virtually no popular grass roots support.

Great Britain never lost an inch of land to the IRA during the 500-year fight for independence. It conducted negotiations when it enjoyed great military, economy and social power in Ireland; it imposed its own conditions. Already weary, deprived of popular support, bereft of an ideology and with an aging membership, the IRA was forced to comply with the directives of British diplomacy.

The Scottish referendum was an excellent lesson for everyone. The cause of Scottish independence that had been around for 1,000 years, since the time of William Wallace, was shut down, never to return. The peoples of Scotland, Ireland and England are in any event being subsumed within the EU. They use EU passports and rulings by the ECHR, European Council and European parliament enjoy supremacy over their own laws. A united Europe has made national struggles for independence largely irrelevant, though they do occasionally flare up among more politically reactionary elements within various European societies.

Some segments of society have various reasons for claiming that the PKK is a democratic organization and representative of Kurdish nationalism. It is impossible for a communist movement to enjoy any support from the devout Kurdish people who detest communism atheism and terror. The PKK cannot make any progress as an independence movement using classic communist slogans in the face of those devout grass roots nor can it demand autonomy or federation from the state. For that reason, the PKK began using nationalist talk as of the second half of the 1990s. That maneuver was a reaction intended to elicit the support it needed, both among the Kurdish people and from the U.S. and the West. Through this demagoguery appeared these specious efforts to compare the PKK with national independence movements across the world. In fact, this is merely another of the black propaganda techniques of communist ideology.

Even so, all those endeavors to curtail the truth came to naught. The Marxist-Leninist nature of the PKK has been exposed in all aspects. The separatist terrorist organization PKK initiated the largest communist uprising in the history of the Republic of Turkey. Its primary aim is to establish an independent Communist Kurdistan in the geography that it hopes to break away from Turkey; after that, the PKK aims to divide Turkey up into communist federations and after that, it dreams of imposing communism in the Middle East and eventually across the whole world. What Öcalan meant when he said, “I am the Lenin of the 21st Century” referred to a dream of being the world’s sole communist leader in this century. A Stalinist terror organization, the PKK has martyred tens of thousands of innocent citizens through its actions committed in the light of those aims over the last 30 years, has prevented investment in the region and has caused hundreds of thousands of people to migrate. Like all communist uprisings, its ultimate objective is to build an independent state governed under communist, Marxist laws.

The word ‘Turk’ refers to a union of numerous ethnic groups and beliefs in complete coalescence, including Turkmen, Kurds, Laz, Circassians, Arabs, Bosnians, Albanians. Gypsies, Georgians, Armenians, Greeks, Assyrians, Jews, Alawites and Sunnis, united around a common cause and ideals. Indeed, European countries used the word “Turks” to refer to all Muslims for hundreds of years. What the words “the Turkish Nation” should bring to mind is a powerful union with strong spiritual values that values piety rather than race or color. Making concessions to the Marxist-Leninist communist PKK and becoming a group of federal states is no solution, and it can only end in a process of disintegration. That is the firm opinion of our devout nation as Turks and Kurds, and by the leave of God, they will never allow any such thing.