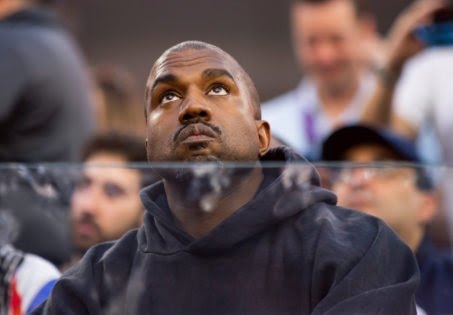 In a recent interview, Kanye West stated that Shaquille O’Neal and LeBron James are being controlled. Yes, the rapper has made yet another contentious remark. Along with the NBA stars, the Yeezy founder claimed that fellow rapper Jay Z and his singer-songwriter wife Beyonce are under the control of the mainstream establishment. The short interaction was released on November 11, 2022, and is currently making the rounds on social media.

Kanye West doesn’t need an introduction. He is most likely one of the entertainment industry’s most divisive figures. West has recently been the subject of intense media scrutiny, and for all the wrong reasons. The musician-turned-fashion designer recently came under fire for anti-Semitic remarks. Since then, West has been constantly chastised by a large number of people. However, West’s stance has not changed, and he has continued to defend his statement.

West has remained steadfast and has named several celebrities who have spoken out against him. It was Shaquille O’Neal, LeBron James, Jay Z, and Beyonce this time.

Kanye West accuses the establishment of controlling Shaquille O’Neal, LeBron James, Jay-Z, and Beyonce.
It has been quite some time since the antisemitic incident, and Kanye West is far from finished. The rapper recently made allegations about several famous people, which are sure to garner more media attention. Kanye West recently claimed that ‘they’ control several people, including Shaquille O’Neal and Jay Z, according to recent reports.

“They can control Shaq, Charles Barkley, LeBron James, Jay-Z, and Beyoncé, but they can’t control me,” West said.

While it is unknown who “they” are, West stated that “they” wanted to “monetize and traumatize.”

Do you get it? They smacked me – Gap, Adidas, all of that. Who hates me more than Forbes? It was necessary to write net worth $400 million. Jesus is the King. God adores me.”

West has been feuding with Shaquille O’Neal on social media for quite some time. The two have been slamming each other in various posts and comments. The verbal spat began when Shaq chastised Kyrie Irving for promoting a film with anti-Semitic tropes. West was clearly one of the few who supported Irving. As a result, West singled out Shaq by bringing up the latter’s business dealings with billionaire Jamie Slater. As a result, their Twitter feud began, and it appears that the feud will continue for some time.