Just this very January, the West African Examinations Council, WAEC attempted to charge a foundation a whopping N1,850,000 simply to furnish them the names of best students in each state.

According to documents online just posted by Femi Sowoolu, Edubox foundation had written WAEC on December 8th to request a list of names of best students by state to be given award. 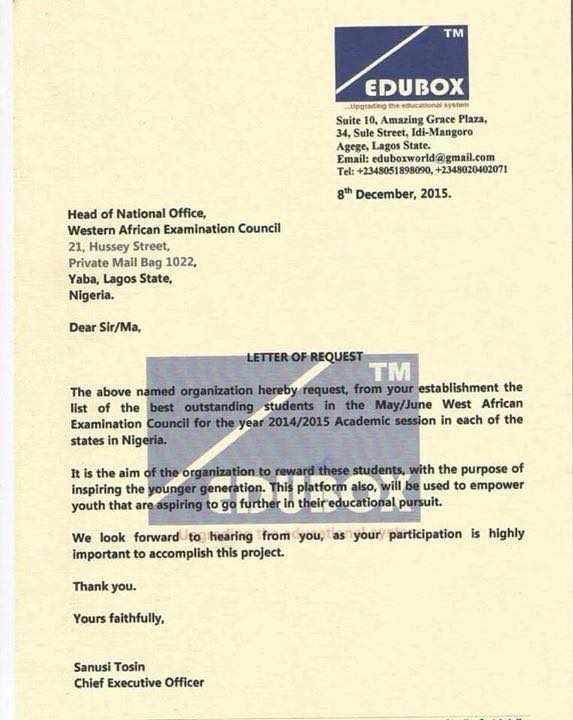 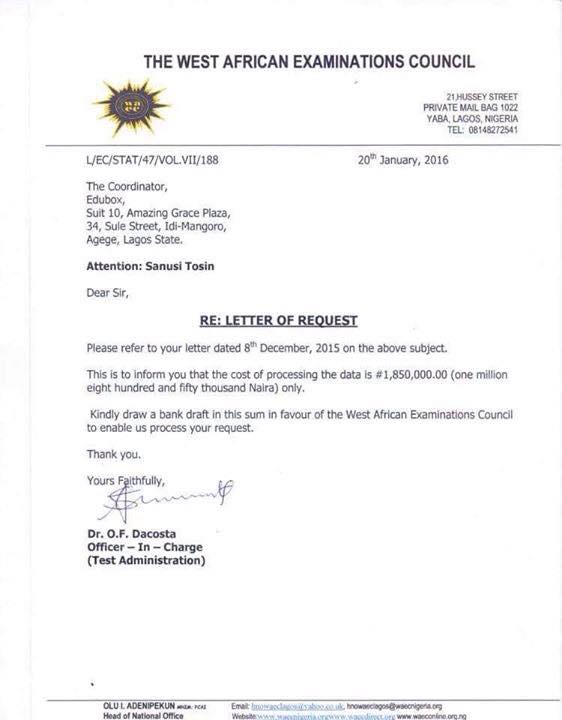