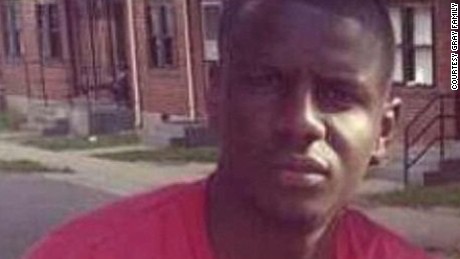 What the new generation of three women of Baltimore set to change is a culture of brutality taken for granted that intoxicate some worldwide. So the old generation culture were surprised, caught flat footed by how determined Mayor Stephanie Rawlings-Blake, Maj. Gen. Linda Singh Adjutant General of Maryland National Guard and State’s Attorney for Baltimore City Marilyn Mosby answered the call of duty after the repulsive death of Freddie Gray in the hands of police.

When God created the world, he decided on women to be the creator of mankind. He could have chosen men but they could not agree to disagree; always resort to wars. Through history, policy makers usually put Police in difficult positions to enforce unjust laws communities later regretted. Of course like all professions, a few of the police go rogue. Most of the people that grow up wanting to be police officers come from lovely homes with good intention to serve.

It is true, if these three Baltimore women cannot change the culture of police brutality, not only in United States but as exemplary message to the whole world, nobody can. While we celebrate life of the rich and famous, we must preserve those of the poor. With the three ladies in charge, we must not lose a vital distinction, that the Baltimore riot of 2015 did not take a single life!

The Yoruba of West Africa say: Bami to omo mi ko de inu olomo. When a women asks you to discipline her child, please do not take it for granted. The culture of violence in the African American communities is nothing to be proud of. While strict police enforcement of law and discipline of the few recurrent offenders committing most of the crime is needed, it does not by any means exclude gentle and tender care to encourage law abiding citizens to work with police.

Most women have a different approach to solving problem most men fight about. What we do not want to do is fool around with lives only Mama Bear can create. Women spend more time thinking and looking for means to care for families, even when they are not with their children. Most men are detached and easily beat the drum of war against everything. No man can feel the pains and joy of bearing a human being as women, so they think more before taking a life.

When situation calls for it, Mama Bears are as tough as men but they are also more reasonable in their approach without the macho mentality that comes with testosterone hormone of men. Black women do not take any nonsense from their children but when they are overwhelmed without their men at home, as many of them are unemployed, disproportionally incarcerated at a higher rate for the same offence as other men, anyone would succumbed to distress of “war”.

Women do not shy away from responsibility; when it comes to real wars taking lives of human only they can create. In recent times, Golda Meir and Indira Gandhi unleashed war when they had to. From history we learned of Egyptian Queen Ahhotep I (16th century BCE), war against invaders. Phung Thi Chinh (1st century CE): balanced newborn and sword at same time in war. Gudit (10th century CE): ended millennium-old dynasty dating back to King Solomon in Ethiopia.

Most women of any color are not naive about wars and they know a real war when exposed.   There is “war” of attrition in black community where black men eliminate one another as there is little gainful employment for them and most of the well-paying jobs come from drug dealers, exacerbated by police war on drugs. Black women, their children and communities suffer more from the consequences of a “civil war” than anyone else. They know the difference between the bogus and a real war.

Never underestimate women, white or black children of Joan of Arc (15th century CE). Nzinga Mbande (1583-1663) Mother of Angola: led the Ndongo guerilla wars against Portuguese for four decades and won. Amina Queen of Zaria (1588-1589) daughter of Queen Turunku of Songhai in mid-Niger ruled the Hausa Empire from 1536 to 1573. She founded cities and personally led her army of 20,000 soldiers into battle. So were the Aba Women’s Riots of 1929 in Owerri and Calabar against British colonial administrators in Eastern Nigeria.

Let us be clear, this is not just war against drugs. Neither is it war against crime nor war against window breakers. This is war against black men, petty traders in the name of big drug dealers. It has gone haywire and backfire big time. Apart from innocence lost behind bars for minor crimes, the amount of money US spent on correctional facilities in the land of freedom and democracy as the highest per capita prison population in the whole world, is more than embarrassing.

President Obama got it right. Every week or two, black men are killed disproportionately by police resulting in anger and riots. Each time those that should have worried more about how often the life of victims running away from police are taken, call on Civil Right leaders to pacify people of all colors that are justifiably angry. They ask for peaceful demonstration, for soothing speeches that value properties that can be replaced over lives that can never be replaced.

The new generation that breaks out in anger, demonstrations and riots do not care about race or gender, they are more sensitive to the revolting pictures captured. There are not enough talking heads and spinners on television that can change what is evident to sensibilities of most people. The grand jury, jury and the courts focus must be rational in the interest of justice, not in heaven because this is not poker games depending on the most eloquent and cunning party.

Status quo, old generation and interest groups are shocked to the core while new generation clamor for immediate charges against the police officers in view of depraved loss of life of Mr. Gray that should not have been arrested in the first place. Moreover, the police admitted that regular policies were violated and medical service was not rendered after calling for one at several stops. If they were so sure of their case, they would not be calling for outside jury.