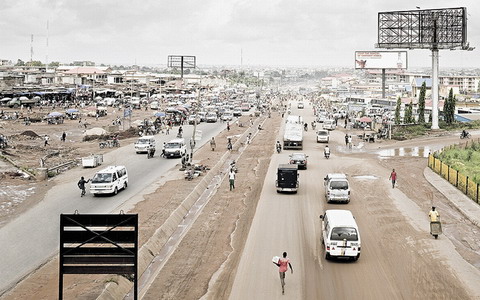 As the Anambra State government intensifies its efforts to eject Yoruba and Hausa traders at the Onitsha Bridge market, the traders have vowed to resist the order. The government had, about three years ago, initiated the ejection order on all the traders, but the move failed as the traders resisted the quit notice. The quit notice was initiated by the state Ministry of the Environment, which at a stage, drafted some armed soldiers to enforce the ejection order, but the death of about eleven Hausa traders who were shot dead by the soldiers in a bid to enforce the order forced the government to drop the idea.

However, the latest quit notice is coming through the office of the Special Adviser to Governor Peter Obi on Parks and Markets headed by Chief Sylvester Nwobu-Alor. Nwobu-Alor had, in the quit notice, insisted that the ejection became necessary to enable the government clean up the environment. But the traders described the government’s directive as ethnic motivated, saying they are legitimate tenants of the place and have valid receipt of payment that will expire in 2014.

Speaking yesterday in Onitsha, the traders’ spokesmen, Chief Lateef Balogun and Tanimu Ibrahim, stressed that the plot to forcibly eject them is quite undemocratic, alleging that the state government had concluded plans to lease the land to a major transporter. They said since the government had not given them an alternative site to carry out their businesses, the move to throw them out of the place they claimed to have occupied for over 40 years without compensation could be described as a subtle way of sacking the Yoruba and Hausa communities in the state. Recalling that the last attempt to eject them with the use of soldiers left over 11 of the traders dead, the spokesmen said the government’s excuse to sanitize the area as the gateway to the state was a mere ruse, adding that they carried out periodic sanitation exercises to ensure that the area is clean.

According to them, “What they are planning to do is to subtly sack us from the state but as Nigerians, we have the right to live and do business in any part of the country without fear of intimidation. “We shall resist any plot to stampede us out of the market by agents of the government over a flimsy excuse. “If government is sincere, it should have provided an alternative site for us. We are ready to move any time it provides us with a place, but we will stay put even though they invade the place with soldiers”. But the Special Adviser on Parks and Market told National Mirror that the plan to eject the traders was not political or motivated by ethnic considerations, adding that the decision was taken to clean up the place as the gateway to the state. He said several efforts have been made by the state government to reach an understanding with the traders over the ejection to avoid controversies that may spark off crisis.