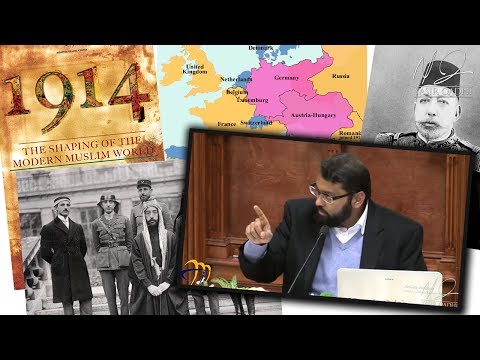 A hackneyed adage has it that “a day is called dark not because it refuses to shine but because people refuse to see it”.

I’ve tried harder to fathom out why Africa and The Middle East are becoming more and more fragile, unstable and susceptible to the imperialism of the Western world but to no avail. It’s a tale of two continents with sufficient resources to lead a decent living but they’ve unwittingly chosen to ignore the truth and eventually turn blind eyes to their real enemies.

They set us against one another as a pretext to plunder our resources but we choose to regard them as our saviours. They use different destructive cards against us in a bid to deprive us of happiness and stability but we are too stoic to feel the pains.

Take a perfunctory look at the Muslim world_ If we are entirely Sunni, it’s a squabble or a war for supremacy between moderate and conservative Sunnis, if it’s Sunni and Shia, it’s a sectarian war. Muslim countries are in disarray they refuse to settle their primordial differences and face their enemies.

Africa is also oblivious to its enemies_ religious in-fightings, ethnic clashes, corruptions and ill-governance have driven the continent into precipice.

We refuse to invest in education but we can invest billions in arms in order to produce more orphans and widows. We refuse to embrace science and technology we refuse to empower our women, we refuse to create jobs to our toiled youths making them easy targets to subscribe to terrorism.

The West to which we have a voyeuristic interested in, have been keeping their citizens busy through, full time jobs, sports, and entertainments. They hardly have time for themselves let alone allow themselves to be involved in violence. Their women are embodiments of equality, career building, they are instrumental when it comes to leadership, they are in fact a sine qua none of humanity.

Alas! The situations aren’t the same here_ you can only realise that when you watch with amazement how thousands of immigrants are drowning in trying to illegally enter Europe to escape violence and poverty.