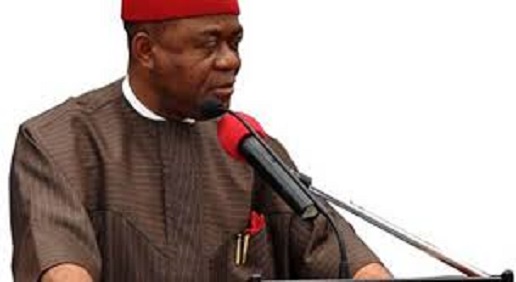 Charles Swindoll said,”we aren’t just thrown on this earth like dice tossed across a table. We are lovingly placed here for a purpose.”

I believe that every Abian has a purpose at which they were created.

To fulfill that purpose, you must stand to correct what seems to be wrong.

No man can rule you except by your consent.

Many of us knew how T.A Orji became the Governor of Abia State.

It was by sheer benevolence of the former Governor,His Excellency,Dr.Orji Uzor Kalu.

I recollect how T.A Orji was brought from prison to become the governor of Abia State under Peoples Progressive Alliance(PPA) a party platform midwifed by Orji Uzor Kalu then.

He left the PPA soon after to PDP protect himself from the pending court case against him.

I would not have spoken today,if T.A Orji had stopped his son from going to the House of Assembly to represent Umuahia central.

Sensing outcry from members of the public, she had to step down, which she is to be made the commissioner for finance if Ikpeazu (if at all) wins the governorship in Abia State under PDP.

Realistically, his chances of becoming the governor is very slim as Dr.Alex Otti may be the next Governor of the state.

Even core PDP members in the state have confessed that the APGA governorship flagbearer in the state is on his way to government house.

My survey has proved to be right.

It is now time to end the political dynasty of T.A Orji in Abia State.

It is a pity that almost all the outgoing state governors in Nigeria are bent on installing their successors.

But if we must ignore that, must T.A Orji install a governor,(if at all)go to the senate, send his son to house of assembly with the aim of becoming a speaker, make his wife a finance commissioner?

Even the much talked about Saraki Dynasty don’t operate like this.

Mr governor, please Abians are not your slaves.

Every wise Abia man or woman with their Permanent Voters Card (PVC) must rise to stop the growing political dynasty of T.A Orji in Abia state.

A vote for him and his candidates is a a vote for expansion of his political will on the people.

Just like he rejected Orji Uzor Kalu soon after he became the governor in 2007, it is time all well meaning Abians who has the interest of the state at heart to use their votes and send away underdevelopment.

We will not go into the underdevelopment in Aba and other areas in the state for now, but let the right thing be done by you at the polls.

A REPUTATION FOUNDED ON INTEGRITY MUST BE NURTURED BY TRUTH.