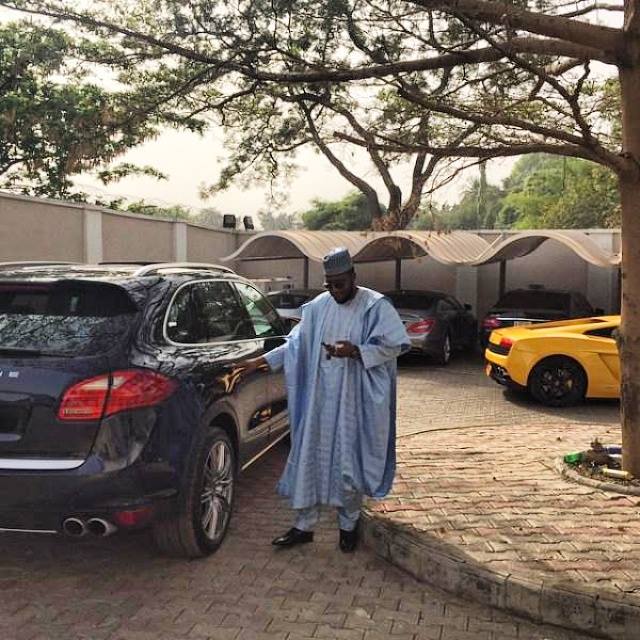 This image of the son of the Minister of the Federal Capital Territory, (FCT Abuja) Bala Mohammed, has been trending in the Abuja social circle. He’s fondly called Bala Mohammed Jnr. It is not his first showoff but this one has got people asking how he makes his money. He has no known job, but he parades over a dozen luxury and sportscars in his garage. Before becoming a minister, his father was a senator.