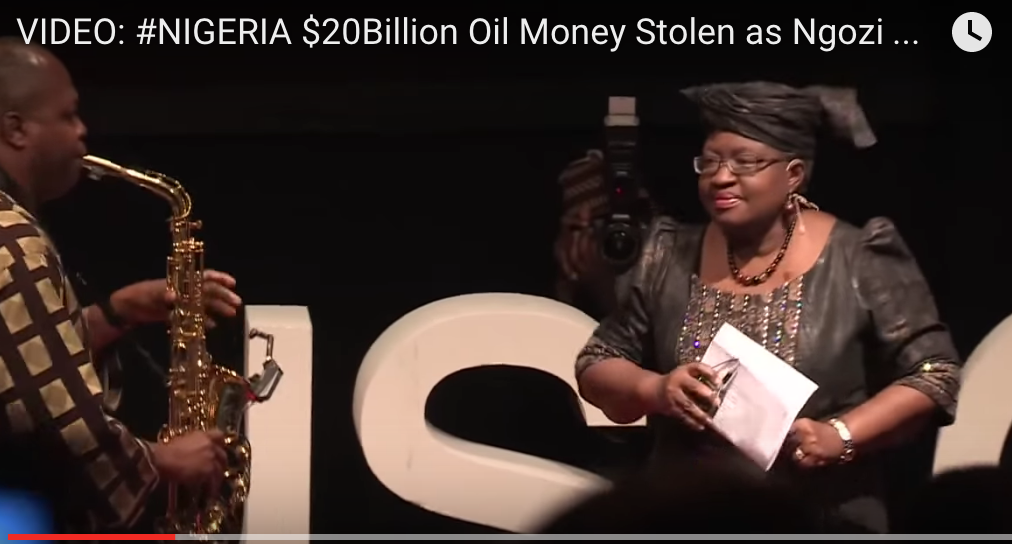 Trust Nigerians to make light of their situations or to find something to explain their nation’s paradoxes and tragic ironies.

At a time the newspapers and the social media are buzzing with incredible stories of how Nigeria’s treasury and defence budget was looted by the PDP government of Goodluck Jonathan, when the former Finance Minister could justify signing off $322 million for a mere adviser of government, Nigerians have been rifling through the archives to find just what would suitably make meaning out of the madness.

And here they got it, a 26 February 2014 video uploaded by social media king, Kayode Ogundamisi.

The video shoot was after Ngozi Okonjo-Iweala delivered her usual high falutin speech at the Harvard Business School ABC Conference, which took place a year earlier on 25 February 2013. At the end of her talk, a trumpeter had Okonjo-Iweala on the floor, dancing alone to PSquare’s hit song, “Chop My Money”.

Ogundamisi must have found it handy after former CBN governor Lamido Sanusi alerted the nation about the massive theft of $20 billion by the NNPC and the Ministry superintending over it. And here was Madam ‘Coordinator of the economy’ gyrating to ‘Chop My Money’.

Enjoy the video and think about the looting of a nation.