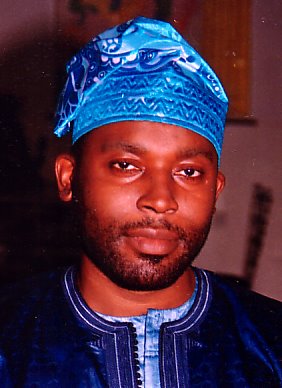 Can you all hear it? It’s madness, it’s drums and beats of madness! And a few people are already dancing to its beat, saying I want my own Nation, or saying that some Nigerians should leave within three months otherwise….!!!

The madness we hear is caused by a generation or two before ours, must we dance to that beat again? Haven’t we learnt anything from history? What did Ikemba tell us, what did he beg that the Ibos should never repeat again?
I don’t know about yours, but my generation is Nigerian, am neither Ibo, Hausa, Yoruba, Fulani, Nupe, Ijaw…etc!

The rest of the world admires us and stand in awe of us because we are Nigerians! Our greatness is in our DNA, and our DNA is our unity in diversity, it’s our numbers, it’s our land mass, its our culture, our doggedness, our can do attitude….it’s our swag!!!

The generation of our fathers and grandfathers have exploited us, turned us against one another, made us spill our blood! They turned our morals upside down, we became a people so decadent! All of a sudden, good became bad, and bad was the new good! Good men who meant well were cast aside, and those who stole our commonwealth were the new heroes! No roads, so schools, no hospitals, no houses, no food, no money…now they clamor for no Nigeria!

They have exploited us that there is nothing left to exploit, now they need the very marrow of Nigeria, and this they can only get by breaking her up! What a shame!

Funny thing is that I still hear that beat, that madness in drums…and people are dancing to it! War! War! War! Why? Whose benefit? Whose interest? Whose blood? General Lee said “WAR IS HELL”!!!

I have never seen Amaka, Robert, Ify, UK, Gideon as Ibos, these people are my family, am not going to get a Visa to see them, neither will I bear arms against them, my father did that, I am not my father!

Let’s make it work, what we have to lose is so much, it’s unquantifiable, and this time around we may not recover….we would have destroyed the very thing that made us great…NIGERIA!!!!