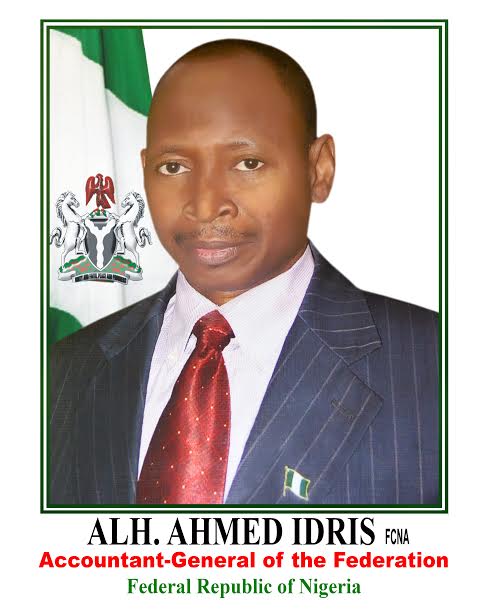 The Office of the Accountant General of the Federation has said that the introduction of Treasury Single Account (TSA) will boost revenue collections against leakages and ensure timely disbursement of funds to beneficiaries of the Federation Accounts among others.

The Accountant General of the Federal, Alhaji Ahmed Idris made the disclosure during separate courtesy visits to his office by managements of United Bank for Africa (UBA), Access Bank and Zenith Banks in his office.

He said the TSA is part of the reforms of the government to institutionalize a more effective and transparent management of public finances in the country.

Ahmed Idris added that the compliance to the Presidential directive on the implementation of TSA is to promote transparency and facilitate compliance with sections 80 and 162 of the 1999 Constitution as it paves way for the timely capture and payment of all due revenues into government coffers.

The TSA is a unified structure of government bank accounts enabling consolidation and optimal utilization of government cash resources. It is a bank account which the government transacts all its receipts and payments and gets a consolidated view of its cash position at any given time. The system also eradicate loss and leakages of legitimate revenue meant for the Consolidated and federation accounts.

Meanwhile, the Accountant General of the Federation has disclosed that there had been noticeable improvement in Non-Oil revenue against Mineral Revenue in July 2015 which were shared last week at the meeting of the Federation Account Allocation Committee (FAAC).

In a Communique he issued at the FAAC in Abuja, Ahmed Idris presented a total sum of N511 billion for distributions to the beneficiaries of the Account.

Other allocation made at the meeting included the Refund of N6.33bn by Nigeria National Petroleum Corporation (NNPC), Exchange Gain of N6.409bn among others.

Ahmed Idris attributed recent shortfall in the oil revenue to shut-down and shut-in of production for maintenance and emergency repairs as well as declaration of Force Majeure by SPDC.