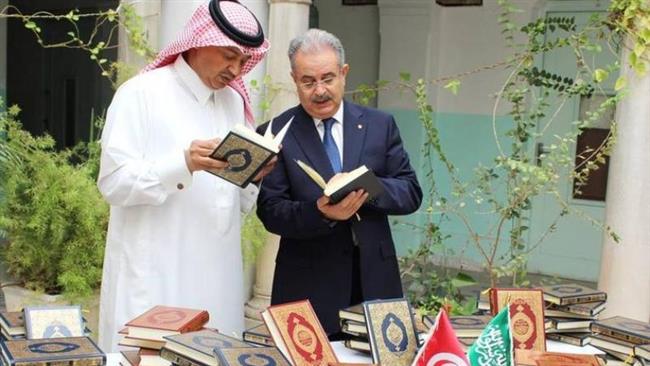 Tunisia has sacked its religious affairs minister following his parliamentary speech where he said Wahhabism, the radical ideology dominating Saudi Arabia, was the source of terrorism.

The Tunisian government said in a statement on Friday that Prime Minister Youssef Chahed had decided to relieve Abdeljalil Ben Salem of his duties for “attacking the foundations of diplomacy.”

Ben Salem said during a parliament session on Thursday that he had “dared” to question the Saudi envoy to Tunis as well as the secretary general of the Arab Interior Ministers’ Council, who is a Saudi national, about the Saudi Wahhabism being a “vehicle for terrorism.”

“I say to Saudis… reform your school because terrorism has historically come from it,” the private Mosaique FM radio station quoted the Tunisian minister as saying.

Wahhabism is freely preached by Saudi clerics backed by the regime in Riyadh. The Daesh Takfiri terrorists and other terrorist groups use the ideology to declare people of other faiths “infidels,” justifying the killing of those people.

The Tunisian minister later issued a statement, saying that ties between Tunis and Riyadh were “completely harmonious.”

Tunisia has experienced violence since the 2011 uprising that ousted the country’s dictator Zine el Abidine Ben Ali, who was in power for over two decades.

The country has also been affected by the growing instability in neighboring Libya, which has been in chaos since former dictator Muammar Gaddafi was toppled and later killed in 2011.

Tunisian law enforcement agencies fear further terrorist attacks in the country as an estimated 3,000 Tunisian terrorists are believed to be within the ranks of Daesh in Iraq, Syria and elsewhere, and they could bring trouble when they return home.