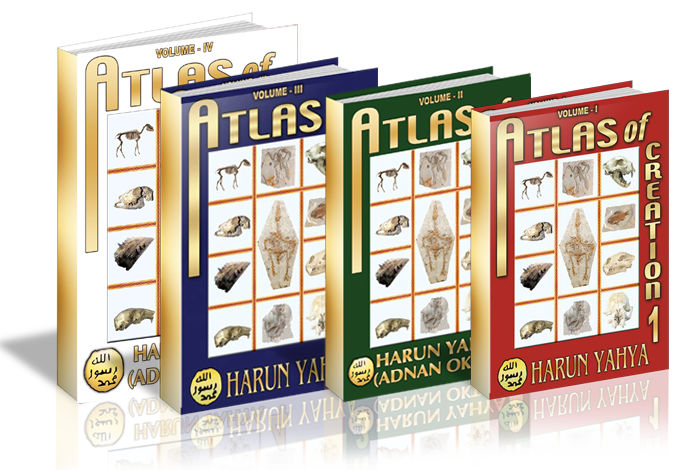 TURKEY recently made a decision to remove the teachings of the theory of evolution from the curriculum taught in classes, a move that is contrary to how the world approaches this subject.

The news spread very quickly via the European pro-evolutionists press. Until now, the theory of evolution has been enjoying a protected status owing to efforts of powerful lobbies that aimed to keep the teaching in the classrooms for ideological purposes. However, the situation is changing.

For years, we have been advocating a substantial change in the curriculum, which is a fact known by everyone. This change is crucial because the theory is falsely proclaimed as a legitimate science, when in fact there is no scientific evidence for it.

As a matter of fact, different disciplines of science, like biology, genetics and paleontology, continuously refute evolution. For example, science has shown that for a single protein to come into existence, 60 different proteins have to be present and help the synthesis of this new protein.

Clearly, this fact alone completely invalidates the idea of an imaginary primitive cell. Moreover, more than 700 million fossils that have been unearthed from several layers of the Earth, have demonstrated that living beings have remained unchanged for millions of years. Unsurprisingly, not a single intermediary fossil has been found so far.

For a long period of time, we have stated that the theory of evolution should continue to be a part of the curriculum, but should be taught alongside scientific facts, which clearly point to creation.

As long as the scientific evidence is accurately and objectively presented, there is no problem in teaching the theory of evolution as general knowledge.

However, it is crucial that in this education system, students are not encouraged to adopt a certain stance, but rather encouraged to make their own decisions after judging the scientific evidence presented.

Therefore, ours is a very democratic, liberal and anti-ban approach. Every student is capable of arriving at the right conclusion based on the scientific evidence presented to him or her.

We only ask that students are given this opportunity to make their own decisions. However, the evolutionist education that has been going on for decades was mostly based on ignoring the existing scientific evidence.

For instance, educational institutions do not teach the fact that there are more than 700 million fossils showing no signs of transitions between species, or that proteins cannot come into existence by coincidences or by chance.

Instead, they usually focus on a few evolutionist propaganda materials like Piltdown Man or Haeckel’s drawings, both of which turned out to be hoaxes.

Furthermore, evolutionists have hidden fossils from the Cambrian era for seventy years because those fossils clearly show that life began suddenly on Earth approximately 570 million years ago.

For years, evolutionists tried to silence Creation defenders with unjustified accusations of “unscientific approach and bigotry”.

There is no doubt that if God wanted, He could have created living beings by making evolution a means to it. However, if that had been the case, we would have seen its traces and evidence in all holy books, in nature and in scientific discoveries.

If evolution had been the truth, we would have been its foremost defenders. However, such an evolutionary process never took place.

One of the most important reasons behind our determined intellectual stance against the theory of evolution is the fact that it forms the basis of violent movements in the world, harmful ideologies like communism and fascism, dialectic materialism and the conflict culture the dialectic materialism promotes.

Unsurprisingly, many communist, fascist and anarchist ideologues (Marx, Engels, Hitler, Lenin, Stalin, Pol Pot) clearly admitted that Darwinism provided so-called scientific basis for their theories. Most of the time, perpetrators of mass slaughters or school shooters claimed that they killed people only to serve natural selection and it was not a problem for the weak to be eliminated as humans were worthless as descendants of apes.

Today, almost all systematic slaughters and even certain violent policies of some countries against others are based on this mentality. Slavery, colonialism, ethnic conflicts and genocides are all inspired by the evolutionist thinking. In other words, the mentality presented by social Darwinism provides the basis that horrible massacres and wars need.

Given all these facts, it becomes clear why it is crucial that people should understand that the theory of evolution has no scientific basis and is completely wrong.

For this reason, my books, countless international conferences organised by various foundations based on the scientific proofs in my books, documentaries, numerous fossil exhibitions in Turkey and abroad and, last but not least, the magnificent Atlas of Creation in our volumes, constitute the foundation of our intellectual efforts against the deceptive evolution theory.

It is true that the Turkish curriculum no longer includes the theory of evolution. However, it still has sections which teachers will be able to interpret according to their wishes.

This is a problem because it is possible that some teachers might mislead students according to their own ideas and ideologies. When that happens, students will not be able to make their own decisions based on scientific facts, but instead will be encouraged to adopt the ideologies supported by the teachers. For this reason, it is clear that the curriculum needs further amendments.

An education system based completely on scientific evidences and freedom of thought will help raise a brilliant and open-minded generation for Turkey. Young people will be able to make their decisions based on scientific discoveries and findings, without being deceived or misled, and this will lead to a healthier, more science-oriented Turkey.

We hope that many other countries will follow suit, that schools continue to teach evolution but only as a general knowledge and historical issue, and that new classes are added where students are taught the scientific evidence of Creation.