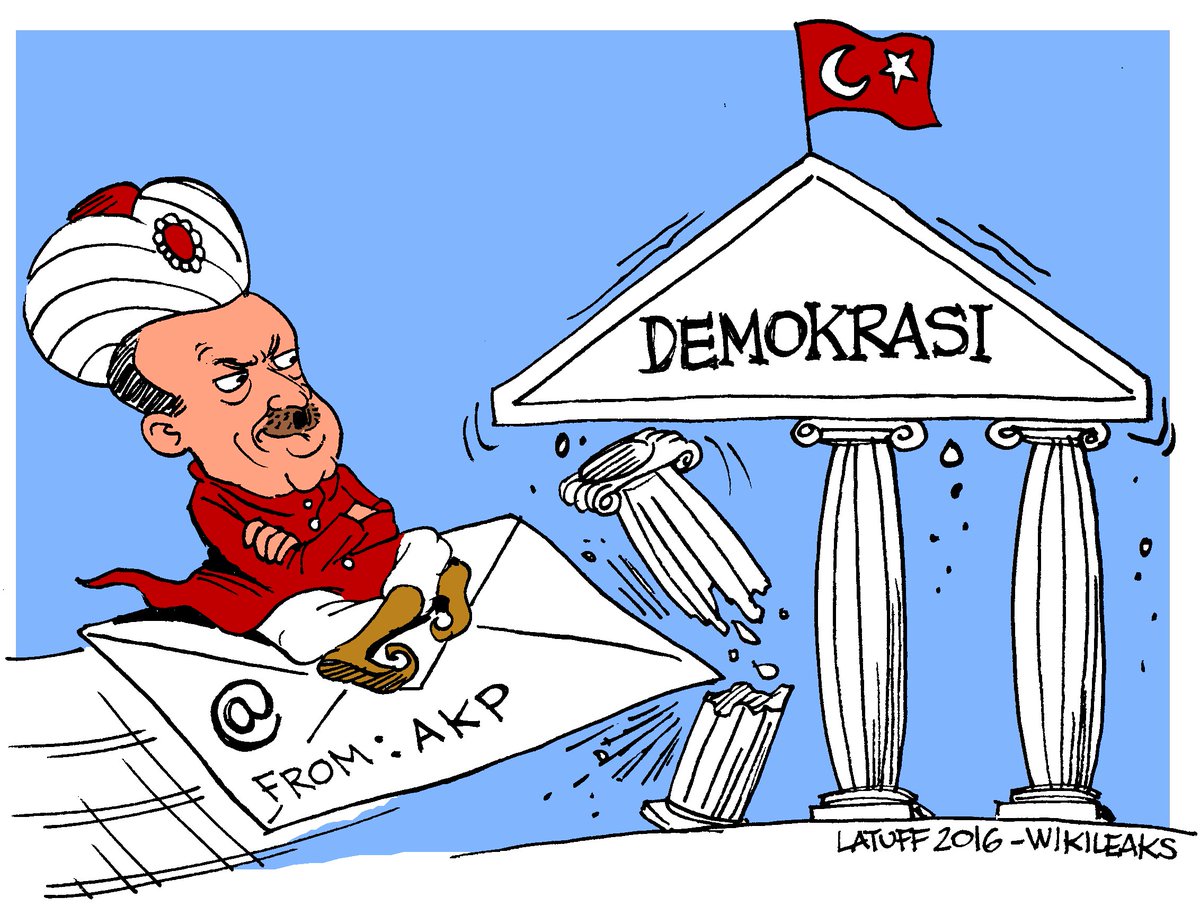 The Turkish government’s sweeping crackdown across the public services in the wake of a failed military coup in July has highlighted a deep-rooted flaw in Turkish democracy: the politicisation of Turkey’s bureaucracy and judiciary.

TURKISH PRESIDENT Recep Tayyip Erdogan holds Fethullah Gulen, the self-exiled conservative, leader of Hizmet, one of the world’s biggest Islamic movements, responsible for last month’s attempt to overthrow his democratically elected government. Erdogan asserts that Gulen’s followers infiltrated the military, police, judiciary, bureaucracy and education system as well as the media. In response, he has arrested tens of thousands and fired a similar number of military and police officers, judiciary personnel, teachers and professors, and bureaucrats accused of being Gulen sympathisers.

Erdogan’s claim is not without reason even if elements of the deep state, a cabal of ultra-nationalist politicians, officers and bureaucrats with links to organised crime, may have participated in the failed plot. Gulen’s strategy,  best described as a version of German student leader Rudi Dutschke’s march through the institutions, amounted to a gradual takeover of the state. To support his strategy, Gulen, a frail and dour septuagenarian, preached obedience to the state and recognition of the rule of law while at the same time inserting his followers into key institutions and educating a next generation in his ideological mould.

Looking the Other Way

Yet, Gulen’s strategy was one that Erdogan as prime minister in the first decade of the 21st century wholeheartedly endorsed. It served Erdogan’s purpose given that his Justice and Development Party (AKP) had no support base within the state apparatus when it first swept to power in 2002.

Gulen supported Erdogan’s electoral campaign in an alliance aimed at ensuring the rise of an Islamist government that would use Turkey’s European Union accession process to bring the military under civilian control. Longstanding guardians of the militant secularism of Mustafa Kemal Ataturk, the visionary who carved modern Turkey out of the ruins of the Ottoman empire, the military constituted the main obstacle to greater public religiosity.

As a result, Erdogan looked the other way as Gulen’s followers moved into the judiciary where they constructed a legal case based partly on falsified documents against hundreds of military officers as well as journalists who were thrown behind bars. Similarly, the EU and the United States remained silent about the politicisation of branches of the state as long as Turkey was moving towards fulfilment of requirements for EU membership, one of which was civilian control of the armed forces.

While Erdogan believes he has good reason to crack down on Gulen’s followers, there is little doubt that he has chosen not to separate the wheat from the chaff. Seemingly caught up in the president’s massive purge are thousands who may have been critics but not Gulenists. Similarly, large numbers may have agreed with Gulenist criticism of Erdogan’s policies but not been part of what is a power rather than an ideological struggle between the two Islamists.

Erdogan’s replacement of those purged is in principle no different from what the president accuses Gulen of: the populating of the bureaucracy, judiciary and armed organs of the state with loyalists whose allegiance is as much to the party or organisation and its leader as it is to the country. Erdogan’s wholesale population replacements serves to strengthen his power, further Turkey’s march towards illiberalism, and exacerbate problems resulting from a politicised bureaucracy and judiciary stripped of its independence.

Those who move up the ranks to fill the tens of thousands of vacancies are likely to follow the government line rather than risk their predecessor’s fate. Turkish schools and universities will certainly produce less critical minds as many academics who escaped the purge seek employment overseas. The muzzling of the press and broadcast media further ensures that the government’s message dominates.

Over time, loss of confidence in the judiciary’s competence and the rule of law is but one likely consequence. The rise of less experienced personnel to fill the vast number of suddenly vacant jobs and delays in the processing of applications and judicial proceedings is certain to fuel frustration. In many ways, the judiciary’s ability to put up a case for the extradition of Gulen from the United States to Turkey that will stand up in a US court will serve as an indicator of the damage it has suffered as a result of manipulation by both the imam and Erdogan.

Politicisation further reduces hopes for a return to peace talks with the Kurdistan Workers’ Party (PKK), that came to a grinding halt with the resumption of hostilities in July 2015. Turkey needs an understanding with its own Kurdish community that accounts for up to 20 percent of the country’s population as Kurds in neighbouring, war-torn Syria assert themselves in a country that is unlikely to be restored to its pre-war borders. In doing so, the Syrian Kurds are following in the footsteps of their Iraqi brethren who have been autonomous for the past 25 years.

Erdogan’s failure to institutionalise independence of the bureaucracy and the judiciary is likely to come to haunt him as he pursues policies that have failed to produce solutions, first and foremost for Turkey’s Kurdish problem. Much like Pakistan’s employment of jihadists to counter its regional rivals has backfired, so has Turkey’s turning a blind eye to the Islamic State (IS) as part of its battle against the Kurds.

Already a popular politician, who has won election after election for the past 14 years, Erdogan is riding high on a wave of nationalism and national unity in the wake of the failed coup. Nonetheless continued politicisation and the silencing and exodus of critical minds leaves him ultimately with yes-sayers at a time that he needs creative thinkers more than ever to help solve a Kurdish issue that is taking on regional dimensions, curb mounting domestic political violence, and shield Turkey from the fallout of the disintegration of its neighbours as nation states.

James M. Dorsey PhD is a Senior Fellow at the S. Rajaratnam School of International Studies (RSIS), Nanyang Technological University, Singapore and co-director of the University of Würzburg’s Institute for Fan Culture, Germany.