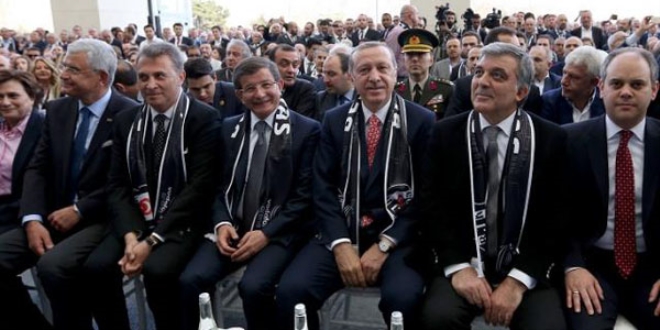 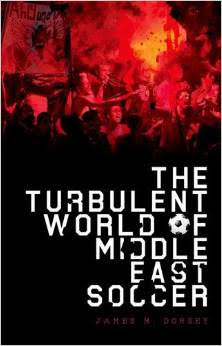 Celebrations of the opening reflected the government’s long-standing effort to control soccer in a bid to suppress the pitch’s role as a gathering place for critics of Mr. Erdogan, a former semi-professional player, amid a crackdown on all expressions of dissent in the country. They also mirrored Mr. Erdogan’s effort to manipulate the sport to further his megalomaniac sense of glory.

In predominantly Kurdish South-eastern Turkey, soccer pitches have moreover become venues for the assertion of Kurdish identity against the backdrop of clashes between security forces, fighters of the Kurdistan Workers Party (PKK), and Kurdish youth with Amedspor SK.

Amedspor is the Kurdish name adopted by the foremost club in Diyarbakir, the largest predominantly Kurdish city in Turkey, which has been performing exceptionally well. Turkish police recently banned shopkeepers from selling jerseys with the words Kurdistan and Long Live Nowruz, the Kurdish and Farsi name for the Iranic new year.

The cancellation of international and domestic sporting events as a result of a spate of jihadist and Kurdish attacks in major Turkish cities has facilitated Mr. Erdogan’s play on nationalist sentiment. The attacks persuaded the European Table Tennis Union (ETTU) to move the European Olympic Singles Qualification Tournament out of Turkey and prompted the postponement of Turkish soccer tournaments and matches. The attacks persuaded Lukas Podolski, the German star striker of Galatasary SK, to announce that he would be leaving Turkey.

Mr. Erdogan’s manipulation of the sport has integrated soccer into a network of business and politics that has made clubs financially dependent on the government and opened the door for club executives to pursue their own political ambitions.

Meanwhile, in its bid to supress dissent, the government has cracked down on militant fans with a ban on political chants in stadiums, the introduction of a controversial e-ticketing system that sparked a massive boycott by fans, the creation of pro-government fan groups, and a failed effort to get Carsi, the popular militant Besiktas fan group, legally banned as a terrorist organization.

Mr. Erdogan’s failure to reign in the fans stands in contrast to his success in muzzling much of Turkey’s independent media and curtailing academic freedom.

Mr. Erdogan, a purveyor of conspiracy theories in which dark forces – Zionists, a mastermind that is presumed to be the United States, Germany, and Britain – continuously conspire against Turkey has inspired the country’s pro-government media to extend the plot to soccer.

“Chaos Over Football: The Gang of Treachery Wants to Destabilize Turkey” read a headline in Fotomac in February, a day after a protester snatched a red card from a referee in the Black Sea town of Trabzon in protest against what he considered to be biased judgements.

“According to an allegation, there is a secret gang working behind the scenes of Turkish football. It has been stated that this gang pressed a button in order to drag the country into chaos by pulling masses to the streets via football. It has been learned that the secret gang, which had failed to drag Turkey into chaos during the Gezi Park protests, now has chosen Trabzonspor as a target, and it provokes the fans of this team by using referee mistakes as a pretext,” the newspaper reported, referring to Trabzon’s major soccer club as well as mass anti-government protests in 2013 on Istanbul’s iconic Taksim Square.

Fotomac’s reporting constituted the flip side of media coverage of the event that focused largely on how it would be perceived in Europe. Turks care about that perception out of a sense of national pride and because it is relevant to Mr. Erdogan’s standing, particularly at a moment that he is trying to get a refugee deal with the European Union implemented that would earn him brownie points by securing European funding and visa-free access to Europe for Turks.

The Besiktas opening resembled the closing in 2013 of what was the Inonu Stadium. The stadium was closed for renovations three years ago as Carsi played a key role in the anti-government Gezi Park protests. Police used tear gas and water cannons to disperse thousands of Besiktas fans gathered as their team played its first match in the new stadium.

Those fans that made it into the stadium for the match defied the ban on chanting political slogans by resurrecting the Gezi Park chants, ‘C’mon spray us with tear gas’ and ‘We are Mustafa Kemal’s Soldiers,’ a reference to the visionary who carved modern Turkey out of the ruins of the Ottoman empire and is the father of militant Turkish secularism.

The official opening a day before the match was bereft of fans. The stadium was populated during the ceremony by Mr. Erdogan, Prime Minister Ahmet Davutoglu, former President Abdullah Gul, Besiktas President Fikret Orman, national team coach Fatih Terim and 1,000 members of the youth branch of the ruling Justice and Development Party (AKP).

Mr. Erdogan declared that the renovation of the Besiktas stadium and the construction of a spate of new stadiums across the country made Turkey’s coming bid to host an Olympic Games a mere formality. The president glossed over the fact that Turkey had lost its almost certain bid for the 2020 games because of his brutal crackdown on the 2013 Gezi Park protesters. The International Olympic Committee (IOC) awarded the tournament to Tokyo instead.

The IOC is unlikely to award the games to Turkey as long as it is wracked by jihadist and Kurdish violence, swamped by refugees from neighbouring Syria and beyond, and increasingly adopts the attributes of an illiberal democracy, if not an authoritarian state.

A successful Turkish Olympic bid seems even more far-off with little hope of a let-up any time soon of the violence in Syria or a calming of the soccer and other tensions in Turkey. “The fans are not violent just to be violent – they are violent because they want to be heard, and because the government and the federation oppress them with laws and regulations,” said Emir Guney, Director of the Sports Studies Research Centre at Kadir Has University, in an interview with Middle East Eye.