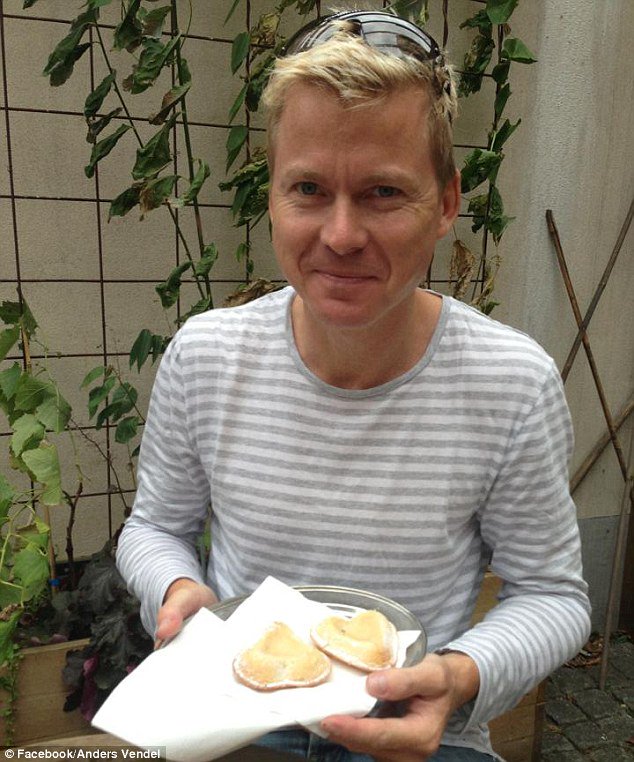 A top Swedish TV chef has told how he was beaten senseless by a gang of  ‘Muslim men’ – for looking like Donald Trump.

Swedish chef and TV star attacked by gang of men in restaurant for looking like Donald Trump https://t.co/COZf2UdCiO pic.twitter.com/H9IFxB3YWB

Anders Vendel said he was repeatedly punched and kicked in the face and head by three men at a fast food outlet in Malmo, Sweden.

After receiving treatment in hospital, he told his Facebook followers he had been targeted because he looked like ‘Mr Trump’.

The blond chef, star of the TV show ‘The Struggle of the Chef’, is considered one of Sweden’s most prominent chefs.

He now works at the exclusive More Bistro and has also made several television appearances in his home country.

He said he was in a fast food grill on the city’s Per Albin Hansson’s way at 4:25am on Saturday morning when he was approached by the men, who he said were Muslims.

He wrote: “I am in the emergency room as of a couple of hours ago awaiting X-rays. I was beaten up by three Muslim men between the ages of 25-35.

“They thought I bore a resemblance to Mr. Trump.

“Two of the men grabbed my arms from behind and the third one started punching me all over the face. I tried to defend myself with my legs.

“After receiving about 20 fists to my face, I fell down to the floor. All three then started kicking me as much as they could in my face and head.

“I now have a broken nose, bumps, a clogged eye, mouth, lips and jaw. Even a broken right thumb,”