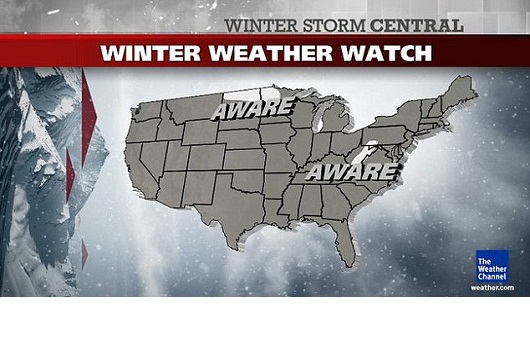 A powerful new storm system is preparing to batter the East Coast next week, even as millions are still reeling from the devastation left by Superstorm Sandy.

Most of the severe weather will hit northern New England – hundreds of miles north of where Sandy made landfall.

However, New York and New Jersey can expect frigid winds and rain as hundreds of thousands remain without power and homeless.

A nor’easter is a powerful storm that thrives on cold air. Severe nor’easters can bring hurricane-force winds and blizzards.

The European Centre Medium Range Forecast predicted the storm will form off the coast of Georgia and South Carolina on Tuesday.

EURO detected Sandy and predicted its devastating landfall eight days before it hit.

By Wednesday, the storm is expected to hook into southern New England.

Forecasters cautioned that the storm will have nowhere near the strength of Sandy and the winds will likely not be powerful enough to be damaging. Stuck: An ambulance remains half buried in West Virginia. The nor’easter storm is expected to bring snow and strong winter winds

However the storm will bring more rain and bad weather to a region that has not even begun to recover from Monday’s onslaught.

‘Snowfall would be confined to northern New England.  Also, this system will not be anywhere as impactful as Sandy,’ Tom Niziol, the winter weather expert for Weather.com, wrote.

Forecasters still don’t know the exact impact or path of the storm, and cautioned that it could hit other parts of the coast – potentially even New York.

Consolidated Edison, which handles New York City and the Hudson Valley, still has 650,000 customers without power – and said many of them won’t have electricity restored for another ten days.

Biden Turns 80, But White House In No Mood For A Party